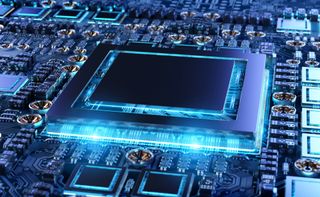 While Apple has dumped Intel on the processor side, the tech giant still holds a bit of fondness for AMD. According to Hardware Leaks, Apple's macOS 11 Big Sur Developer Beta 1 code reveals a plethora of future Radeon graphics cards and Radeon Instinct accelerators from AMD.

The eye opener from the multiple lines of code is the inclusion of a Navi 31-powered graphics card. Given the name of the silicon, it's easy to infer that the die will likely leverage the RDNA 3 GPU microarchitecture. As per AMD's last roadmap, the tentative time frame for a RDNA 3 launch is the end of 2022. The slide referenced an "advanced node," which doesn't really tell us anything concrete. If we want to be optimistic, it could be the famed 5nm process node from TSMC.

Big Sur reportedly supports six different Big Navi (RDNA 2) graphics cards. More specifically, the code points to the Navi 22 and Navi 23 dies. AMD has already touted 50% higher performance per watt on RDNA 2 in comparison to RDNA 1. The chipmaker has already delivered an excess of Linux patches for a bizarre "Sienna Cichlid" graphics card that many have speculated to be Big Navi.

On the enterprise side, Apple seemingly added support for the Radeon Instinct MI100 and MI200 accelerators. The Radeon Instinct MI100 is rumored to be the famous Arcturus offering that could be an improved iteration of the current Vega microarchitecture. It's not written in stone, but Arcturus should feature TSMC's 7nm FinFET manufacturing process like the other Radeon Instinct accelerators. But the MI100 is only the tip of iceberg as the MI200 should be another beast completely. Sadly, we haven't seen any early signs of the MI200 yet.

Other Easter eggs in Big Sur's code include honorable mentions of two upcoming AMD APUs. Cezanne is the rumored codename for the Ryzen 5000-series APUs. The alleged Zen 3 chips might arrive next year to replace the existing Ryzen 4000-series (codename Renoir) APUs. It's uncertain if AMD will retain the use of the Vega microarchitecture for Cezanne or finally transition to Navi, which everyone is longing for.

Lastly, Van Gogh might arrive in a low-power package to compete against Intel's Y-series offerings. The current gossip around Van Gogh is that it continues to use the Zen 2 microarchitecture. Once again, the APU's graphics engine is unknown.