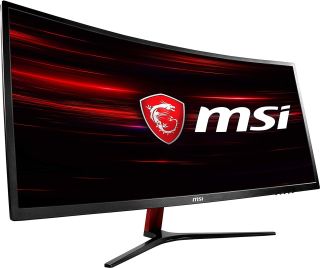 The world of the superwide monitor is one of convenience and enjoyment. Having 34-inches of diagonal screen-space to play with not only makes your time in RTS’s, RPGs and MMOs immeasurably more fun, but on the productivity side of things, it allows for you to do some crazy stuff with multiple windows. It’s almost too easy to have three windows up at the same time, and for those not willing to fork out the extra cash on a second screen, it’s a fantastic middle-ground compromise.

We’ve found what’s perhaps the best value super-wide deal we’ve ever seen. MSI’s MAG341CQ 34-inch gaming monitor is on sale now for just $360. That’s $140 or 28% off its retail price this Black Friday and honestly this thing is ridiculously well equipped.

But it’s not all screen estate and charts my friend, resolution plays a key factor. 29-inch 1080p screens are, for lack of a better word, crap. The pixel density suffers dramatically, and the loss in quality negates the gains you make from that extra horizontal screen space. 34-inches on the other hand at 1440p is the perfect balance, and you don’t lose any density compared to a 27-inch 1440p screen.

But it’s not just that, MSI's MAG341CQ also comes with a buttery 100Hz refresh rate, AMD’s FreeSync variable refresh rate tech (meaning it likely supports G-Sync now too), a crisp VA panel for maximum color pop, an 1800R curve, and a non-glare finish. It’s a fine piece of work. Now before you panic and say “ah, but Tom’s, 8ms response! That’s bad”, it's worth noting that MSI don’t measure screen response time in the same way as other manufacturers. They use something called MRPT (Moving Picture Response Time), you can read more about it here. But it’s worth noting that the screen is absolutely fine for gaming. In fact you can check out our full review of the MSI MAG341CQ here.

This is the cheapest deal we've ever seen for a superwide gaming monitor like this, and not just this specific screen, but also for this spec. If you're genuinely considering jumping into the world of 34-inch superwides it's the perfect Black Friday deal to take advantage of this holiday.