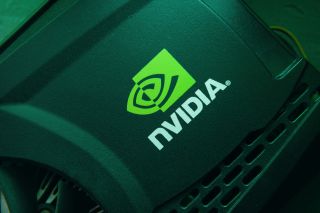 Nvidia's share price reached an all-time high of $311 (at time of writing) today after Bernstein upgraded the stock to an Outperform rating on Tuesday afternoon.

Bernstein analyst Stacy Rasgon said that not upgrading Nvidia's stock earlier was an "error," Seeking Alpha reported, because of Turing's rising popularity and increased hyperscale cloud spending. She was also said to be excited about the prospect of the Mellanox acquisition--which was valued at $6.9 billion last year--closing soon.

The increased share price might come as a bit of a surprise following Nvidia's warning last week that the Coronavirus outbreak might affect its supply chain. Those fears led it to shave $100 million off its earnings guidance for the first quarter even though is said "the ultimate effect of the coronavirus is difficult to estimate."

Bernstein set a new price target of $360, up from $300, for Nvidia after upgrading its rating. While the company's share price hasn't even approached that number at time of writing--it's mostly bounced around between $310 and $311--that massive bump from Bernstein likely inspired at least some of the stock's gains early this morning.

Nvidia's fortunes seem likely to continue, too, because it's expected to reveal new data center GPUs at GPU Technology Conference (GTC) 2020 at the end of March. Excitement about those new products and their potential to attract more data center customers might inspire shareholders to raise the company's share price even more.