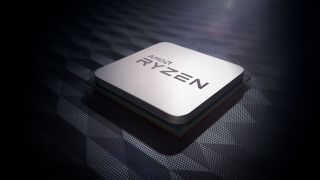 AMD’s Ryzen 5 3600 processor, along with the stock Wraith Stealth cooler, is now selling for $167 on Amazon. That’s $32 cheaper than its typical $199 price tag and only $4 over its lowest price ever, according to PCPartPicker.

As we noted in our AMD Ryzen 5 3600 review, this 6-core, 12-thread CPU is a fantastic 65W chip, and it'll especially appeal to those working with a small form factor system, due to the power you get for its small thermal envelope. With a clock speed and boost of 3.6 GHz and 4.2 GHz, respectively, we also praised the chip's ability to compete with more expensive counterparts, thanks to its simple one-click overclocking.

AMD Ryzen 5 3600 CPU: was $199, now $167 at Amazon
The Ryzen 5 3600 is a 6-core, 12-thread CPU that offers easy one-click overclocking that lets it keep up with competitors for a fraction of the price. With PCIe 4.0 support and low power consumption, its perfect for gaming and small form factor builds
View Deal

If you’re an AMD fan who can’t wait for the desktop Ryzen 4000 series or are building on a budget, this is about the best CPU deals around right now.