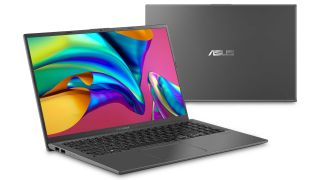 Remember when you couldn't find a laptop with a 1920 x 1080 screen or an SSD for under $600 (or even under $800)? Thanks to some slick black friday tech deals, you can now get a laptop that has both of these key features in a lightweight chassis for just $249.

Reduced from $349 at Walmart, the Asus VivoBook 15 weights just 3.5 pounds, which is very light for a 15-inch notebook. It packs in premium features like that full HD screen, a fingerprint scanner and 128GB SSD. It's powered by an AMD Ryzen 3 3200U CPU, which is icing on the cake for AMD fans and should be just fine for those who don't take a side in the processor wars.

The biggest drawback for this VivoBoook 15 is that it comes with only 4GB of RAM. However, both the RAM and storage are user-upgradeable. You can grab a an 8GB stick of RAM for around $30 or a 16GB module for around $60. You can also swap out its 128GB SATA SSD for 256GB or 512GB drive for less than $60.

This is, by no means, an enthusiast laptop, but if you want to give a laptop to a friend or relative who doesn't need high-end performance, the VivoBook 15 should be great. It also makes a decent laptop for tech-savvy folks who spend most of their time on there desktop computers and need something for when they go mobile.