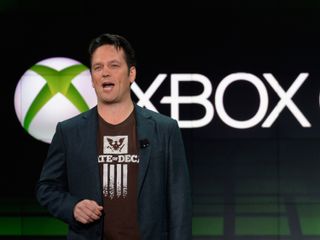 Phil Spencer, head of Xbox and Microsoft's gaming arm of the business, no longer deems Nintendo and Sony as its main rivals. After years of console wars, he sees Amazon and Google as the biggest competitors going forward, he said in an interview with Protocol. That's because neither Sony nor Nintendo have a cloud infrastructure that could rival Microsoft Azure.

"When you talk about Nintendo and Sony, we have a ton of respect for them, but we see Amazon and Google as the main competitors going forward," Spencer told Protocol. "That's not to disrespect Nintendo and Sony, but the traditional gaming companies are somewhat out of position. I guess they could try to re-create Azure, but we've invested tens of billions of dollars in cloud over the years."

Microsoft will launch the Xbox Series X this holiday season, which will compete with Sony's upcoming PlayStation 5 (PS5). But the new Xbox will integrate with whatever comes of Project xCloud, the game streaming service that Microsoft is currently testing.

Late last year, Google released Stadia, its own streaming service, though that has few games and was greeted with tepid reviews. Amazon currently doesn't have an offering. Yesterday, Nvidia brought GeForce Now out of beta.

If Sony produces a competitor, it will partner with Microsoft, as the two companies struck an agreement in May.

That doesn't mean Microsoft can discount old players altogether. In addition to the PS5 being an upcoming rival, the Nintendo Switch has sold over 52 million units.