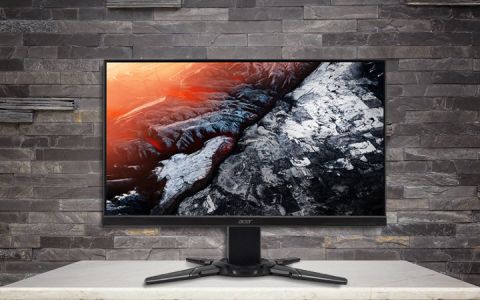 The XF251Q shows performance typical of TN monitors in our viewing angle photos. That said, it is better than many screens we’ve reviewed in the past. The 45-degree side view showed an obvious shift to green, but detail didn't suffer too badly. Light falloff was only about 40 percent, which is better than most. While VA and IPS technologies are superior in this regard, the difference isn’t as significant at smaller screen sizes, such as in the XF251Q, since most users won’t be sharing a 25-inch display.

In the past, TN monitors suffered from sample-specific uniformity issues that manifested as hot spots and edge glow. Happily, newer panels are better in this regard. One is no more likely to find problems with today’s TN panels as with many IPS displays. Our XF251Q sample showed no visible issues with a respectable 10.98 percent average deviation from the center zone. Measurements showed slightly elevated blacks on the right side, but we couldn’t see an issue in the black field pattern or in actual content.

The XF251Q offers a 75Hz refresh rate, while the other more expensive monitors in the group have a 144Hz or 165Hz refresh rate. Of course, larger numbers mean faster screen draw and lower input lag. But the XF251Q drew a frame twice as fast as a 60Hz screen. That means motion blur is a non-issue.

As we said earlier, overdrive is locked to Normal at 75Hz, which caused slight ghosting, but the reduction in blur is worth it. With 46ms of total input lag, this monitor won’t be on competitive gamers’ short lists, but it is more than adequate for the rest of us. Even skilled players will find it snappy and smooth as they frag their friends at the weekly LAN party.

FreeSync monitors like the XF251Q are a perfect complement to our modest test PC. It’s equipped with an AMD Radeon R9 285, so it won’t win any speed contests. But in games like Tomb Raider and Battlefield 4, we can turn the detail up to Maximum and still maintain frame rates in the 60-70 fps range. This affords smooth gameplay that’s free from frame tears.

The ghosting we mentioned earlier did not manifest in any of the scenarios we tried. In BlurBuster’s UFO test, it appeared as a white trail behind a dark object moving against a light background. In our gaming tests, there were no visible artifacts. Mouse movements were instantly translated into character reactions. We had little trouble mopping up bad guys with Lara’s pistol or bow.

Concerns about resolution were unfounded as the XF251Q’s 90ppi density is just fine for good detail. The monitor’s excellent contrast contributed to a good sense of depth and dimension. Color saturation was on the vivid side, and we never noticed any clipping of detail in the mid-tones. This is an excellent gaming monitor, worthy of consideration by any value-conscious user.

Prev Page Grayscale, Gamma & Color Next Page Bottom Line
2 Comments Comment from the forums
Be In the Know