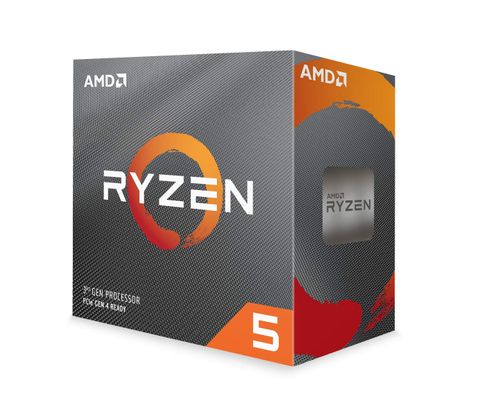 The ARES-6 web browser benchmark focuses on the latest and greatest JavaScript features, with a heavy focus on forward neural networks used for machine learning tasks, and browser responsiveness. The 3600 profits from AMD's diligent work on improving IPC with the Zen 2 microarchitecture. Intel's faster processors exploit the company's frequency advantage, which equates to higher per-core performance, but the Core i5-9400F's lower base and boost clocks trail the Ryzen 5 3600.

You'll notice that overclocking the Ryzen processors doesn't yield any improvement. That's because the processor is still limited to its maximum single-core boost speed during these lightly-threaded tasks.

The Ryzen 5 3600 proves to be an agile performer in these common applications, even beating the speedy Core i7-9700K and i5-9600K in the overall score. We see some gains via overclocking Ryzen chips, and although the gains aren't as pronounced in these applications, the 3600 lands in a virtual tie with the Ryzen 5 3600X.

The LLVM compiler benefits from extra threads, handing the 3600 an easy lead over the competing Intel chips, even after overclocking. The Core i5-9400F even trails the first-gen Ryzen 5 1600X, highlighting how much Intel's feature-trimming (in this case, Hyper-Threading) hamstrings its lineup against AMD's more well-rounded chips.

The application start-up metric measures load time snappiness in word processors, GIMP, and Web browsers under warm- and cold-start conditions. Other platform-level considerations affect this test as well, including the storage subsystem. The Ryzen 5 3600 actually loses a little performance when we kick on PBO with the Wraith Stealth cooler, but the result lands within the expected 3% variance of this test, implying there is no uplift from overclocking in some applications with the stock cooler. We see this trend repeat a few times throughout our test suite. In any case, the Ryzen 5 3600 is incredibly competitive given its price point, easily beating the -9400F.

Our video conferencing suite measures performance in single- and multi-user applications that utilize the Windows Media Foundation for playback and encoding. It also performs facial detection to model real-world usage. Here we see the 3600/Stealth combo beat the H115i-equipped configuration, but the deltas are small enough to chalk up to expected run-to-run deviation.

Prev Page Project Cars 2, The Division 2, and World of Tanks enCore Next Page Rendering, Encoding, Compression, Encryption, AVX
6 Comments Comment from the forums
Be In the Know