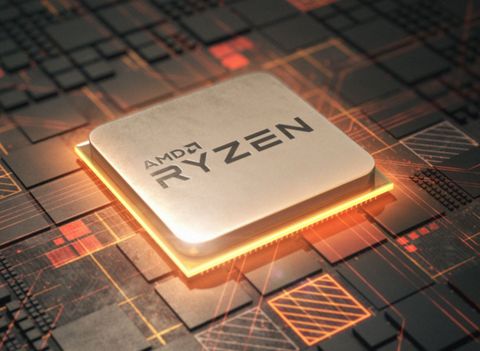 Gaming is where rubber meets the road for most enthusiasts. AMD tells us that its 2000-series processors should be nearly equivalent to Intel's comparable models, at least at stock settings. And there's no doubt that Ryzen 7 2700X will excel in heavily-threaded titles. But tests that are sensitive to clock rate and IPC throughput, such as VRMark, have traditionally been a challenge for Ryzen.

The 2700X bridges the gap between Intel's processors and first-gen Ryzen. AMD's stock 2700X outstrips the Ryzen 7 1800X by 11.8%. More impressively, it also beats the overclocked 1800X by 2%. The 2700X's lead over its predecessor extends further after tuning its cores and memory subsystem.

Synthetic benchmarks are great because they tend to scale more clearly than real-world applications. 3DMark's real usefulness lies in measuring the amount of performance available to game engines, giving us a peek at what highly-optimized games could be capable of.

Ashes of the Singularity: Escalation evokes memories of AMD's early struggles with the Zen architecture. This was one of the first games to receive an update optimized for AMD's processor design.

Although the patch improved performance, Ryzen 7 1800X still fails to beat a stock Core i7-8700K. But Ryzen 7 2700X and its Precision Boost 2 algorithm turn the tables, giving AMD an advantage in stock and overclocked trim.

Prev Page Overclocking, Spectre, And Test Setup Next Page Civilization VI Graphics & AI, Dawn of War III
138 Comments Comment from the forums
Be In the Know