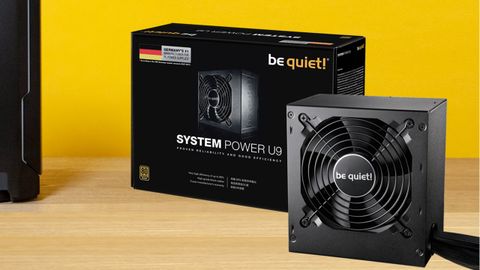 Bitfenix BF450G deals
Bitfenix BF450G
Overclockers
£59.99
We check over 130 million products every day for the best prices
powered by

Both rails have identical OCP triggering points with the one at 12V1 being set quite low though, given that, on paper, this rail is stronger than 12V2. The minor rails have higher than 130% OCP thresholds while the 5VSB rail is properly set.

The over temperature protection is set lower compared to other units that we have tested so far, but at least it is working well. Finally, there is an MOV (Metal Oxide Varistor) in the transient filter providing protection against spikes and voltage surges, while an NTC themistor lowers the inrush currents of the small bulk cap.

According to Intel’s most recent Power Supply Design Guide (revision 1.4), the +12V and 5V outputs must be equal to or greater than the 3.3V rail at all times. Unfortunately, Intel doesn't mention why it is so important to always keep the 3.3V rail's voltage lower, than the levels of the other two outputs.

The 3,3V rail is lower than the others, in all cases. This means that everything is according to the ATX spec's requirements.

To generate the following charts, we set our loaders to auto mode through custom-made software before trying more than 25,000 possible load combinations with the +12V, 5V, and 3.3V rails. The deviations in each of the charts below are calculated by taking the nominal values of the rails (12V, 5V, and 3.3V) as point zero. The ambient temperature during testing was between 30°C (86°F) and 32°C (89.6°F).

The efficiency levels are within 85-90% for a great part of the PSU''s operation range.

The lower the power supply's ripple the more stable the system will be and less stress will be also applied to its components.

The temperatures stay at normal levels considering the lack of active cooling. This is why be quiet! applied such a relaxed fan profile in this unit.