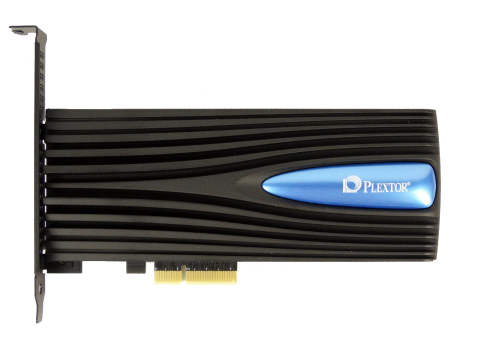 The 512GB-class allows us to get down to business. More products ship in this capacity so we can see how the Marvell 88SS1093 and TLC combination fares compared to other products with planar and 3D NAND.

There are a few standout products in this capacity. Samsung never released a larger drive from the 950 Pro series. It has the best read latency of the modern consumer NVMe SSDs, but we think the MyDigitalSSD BPX 480GB is the best bang for the buck on the market. Like the 950 Pro, MyDigitalSSD didn't bring it to market in a larger capacity. Both drives feature MLC NAND. The Plextor M8Pe, Patriot Hellfire M.2 (another Phison E7-based drive), and OCZ RD400 round out the MLC SSD entrants.

The Intel 600p 512GB with an SMI SM2260 controller is the only other TLC-based product in the test pool. It uses Intel's first-generation 3D TLC NAND.

On paper, the Plextor M8Se 512GB has the same performance as the 1TB model, but many of the other products have lower specifications than their larger counterparts. We may find the 512GB is more competitive, but the first test result doesn't give us much hope.

The sequential read performance is nearly identical to the Intel 600p 512GB we tested a few months back. The 600p delivers a little more bandwidth at QD2. Gamers should keep that in mind.

The Intel 600p also delivers a little more sequential write throughput than the two M8Se SSDs. Again, the M8Se trails the other drives even though it carries a price premium.

True to the specification sheet, the M8Se 512GB provides higher performance than the 1TB model. Both capacities knock on the 10,000 IOPS door at QD1. That's more than nearly all SATA SSDs, but unfortunately, the Plextor didn’t price the M8Se like a modern SATA SSD.

Planar TLC NAND is long in the tooth, and 3D NAND is on the horizon. Toshiba and Micron have struggled to keep pace with Samsung's V-NAND technology. The consumer market is moving to TLC NAND for consumer SSDs, and we expect the M8Se to be the last big-name release with planar NAND. The random write performance chart reveals why the aging technology has come under fire. Managing three bits per cell reduces random write performance.

The low write performance, along with the underpowered controller, results in low mixed workload performance. This is exactly what we observed in the 1TB product class.

The mixed random performance results show a slightly better outlook for the M8Se, but the performance is still down compared to the M8Pe, RD400, and Samsung 950 Pro.

The M8Se has the weakest steady-state performance we've seen in a long time. We were shocked after the first three tries with this test. We realized the results were accurate after the fourth ten-hour test. The M8Se could recover after some additional firmware optimization that changes the priority of background activity. We expect to see some changes for the TLC-based drive in the future.

Given the other issues, we're still perplexed by the M8Se's poor random steady-state consistency. Striking the delicate balance between foreground and background duties is difficult due to the limited number of processor clock cycles. The drive could be impressive if Plextor increased the sequential throughput with a firmware update.

The Plextor M8Se 512GB variants are a step up from the Intel 600p, but they don't quite match the performance of MLC-based products. On the one hand, this series would make an excellent low-cost alternative to the 600p that we would pay a little more for. On the other hand, the M8Se is expensive for what it is, and the performance doesn't justify the high asking price.

The heatsink-less M8Se comes to market with a $240 price tag. That's a full $20 more than the Samsung 960 EVO 500GB. The drive is also $40 more than the popular value-centric MyDigitalSSD BPX 480GB. Plextor dove into the river head first, but it didn't check the current beforehand.

The inconsistent application performance we observed in the larger capacities carries over to the M8Se 512GB. Both drives exhibit the same wavy performance trend. That makes it unlikely that it's the result of thermal throttling. I would say this is the strangest abnormality we've recorded in this test. It's almost a certainty that we see issues with background activity management. Oddly, inconsistency is the only consistent attribute.

The inconsistency makes it difficult to analyze, score, or even take the test result seriously. It may be easier to just look past the 512GB M8Se given the high price and consistency issues.

The inconsistent performance reemerges in the disk busy time test. That confirms the latency inconsistency is persistent during heavier workloads, so it's not just a brief system hang.

The M8Se delivers a better user experience than most SATA SSDs. We measure system responsiveness with real-world software running on a Lenovo Y700-17 gaming notebook that supports both SATA and NVMe SSDs. The BAPco SYSmark series has been with us for over a decade, but we use the latest 2014 SE version.

The M8SeGN 512GB delivers the same 295 minutes of battery life in our Lenovo Y700-17 as the 1TB version. We gain a better understanding of where this product sits in the ecosystem because there are more devices in this capacity class. There are better choices available for notebook use when you run rely heavily on battery power, but you could easily choose a cheaper alternative that doesn't perform as well as the M8Se.