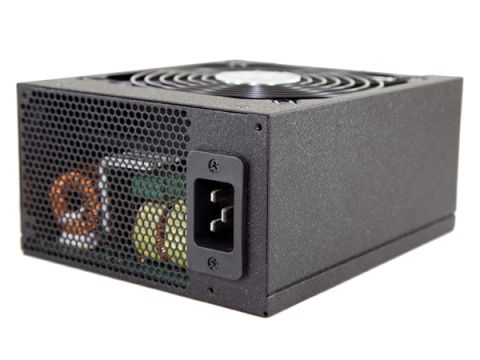 If you are shopping for a powerful PSU with compact dimensions, then your choices are limited. SilverStone's ST1500-GS offers decent performance; however, it's high price tag results in a low performance-per-dollar score. If your chassis can handle a larger PSU, then there are better options in this price range.

SilverStone is a company with a strong presence in the PSU market and its portfolio includes a very rich variety of products, covering every market segment from low-end to high-end PSUs. Many SilverStone PSUs feature high-power density, including the flagship ST1500-GS unit, which achieves an impressive 646 watt per liter score, thanks to its low depth for such a high-capacity PSU, which is only 18 centimeters. To give you an idea of the compact dimensions of the ST1500-GS, its predecessor had 225 mm length, the same with the EVGA 1600 P2/G2 units. Only Enermax with its Platimax 1500 platform, the same used by the LEPA G1600 and P1700 units, managed to squeeze so many watts in such a small PCB. In most cases, users who need such powerful PSUs will most likely install them in full-tower chassis where the PSU compartments can easily accommodate very large units. However, this doesn't mean that there won't be users in need of a smaller, but still powerful PSU, and this is where the ST1500-GS comes in.

The ST1500-GS belongs to the Strider Gold S series, which includes five units with capacities ranging from 550 W to 1500 W. According to SilverStone, this line includes the world's smallest, fully modular ATX PSUs. This seems like an accurate claim; the ST1500-GS is very compact for a 1500 W unit, while the ST85F-GS measures in at only 15 cm depth and the rest of the Strider Gold S series units are just 14 cm long. In addition, all Strider Gold S PSUs feature Gold efficiency, which might not be considered high-end anymore, but this is still high enough for the majority of users. Moreover, Gold PSUs are now offered at reasonable prices, which in many cases come out to be significantly lower than their Platinum and Titanium counterparts.

Efficiency is compatible with the 80 Plus Gold requirements and, according to SilverStone's specs, the unit can deliver its full power continuously at up to 40 degrees Celsius, while the ATX spec recommends at least 50 C. In any case, we will crank up the heat inside our hot box at up to 45 C (and maybe even higher) and if something goes wrong, the complete protections set that equips this PSU will most likely save the unit. With Over Temperature Protection (OTP), situations that usually lead to the PSU's failure can be avoided.

The cooling of this unit is handled by a double ball-bearing fan from Young Lin Tech, which isn't supported by a semi-passive mode. Since such high-capacity PSUs need increased airflow, typically very powerful fans are used; these fans need high start-up voltages, meaning their lower attainable speeds are still high enough to produce increased noise. Although we aren't in favor of the semi-passive mode, the fact is, that with the proper internal design (including beefy heat sinks), this mode can offer significantly reduced noise output at lower loads, especially in PSUs with fans that fit the above description.

The major selling point of this unit is depicted in its compact dimensions. However, in this case, 18-cm length for 1500 W isn't so impressive since the LEPA G1600 and P1700 units offer even more wattage with the same dimensions. Finally, the major downsides of the ST1500-GS are the big price tag and the really short warranty period for this category of PSUs.

The PSU has two virtual +12V rails; we call them virtual because they aren't regulated by dedicated circuits, but are just separated by Over Current Protection (OCP). It has actually been several years since the last time we encountered a truly two +12V rail PSU (CWT PUC platform).

The PSU has enough EPS and PCIe connectors to deliver its max power efficiently. Moreover, we found an additional SATA cable, so the number of the corresponding connectors is 20 in total, instead of the advertised 16. In addition, the number of 4-pin peripheral connectors is adequate, and SilverStone provides two FDD connectors in case some users still use them.

The main ATX cable should be at least 60 cm long, which it isn’t, since this PSU will most likely be installed in a full tower chassis and it isn't wise to use cable extenders, especially in a 1.5 kW PSU. As you can see from the table above, there are two EPS cables, one short and one really long, while the PCIe cables are long enough and the distance between PCIe connectors is enough to cover any case. The majority of SATA cables have enough length and a large distance between the connectors; the same applies to the pair of cables hosting the peripheral connectors. Finally, the 24-pin ATX connector, along with the EPS and PCIe connectors use thicker, 16AWG gauges, while all the rest of the connectors use 18AWG wires.

The six shunt resistors that we found on the modular PCB indicate that this platform was initially designed with six +12V rails. However, it looks as if Enhance Electronics -- the original equipment manufacturer (OEM) for this PSU -- decided to drop the number of +12V rails to two by shorting them together in groups of three. One of the two +12V rails feeds three of the four PCIe sockets on the modular PCB, while the other one powers the rest of the sockets. In our opinion, power distribution could be better and SilverStone should mix the fourth PCIe socket with the EPS sockets. However, we should mention that we didn't encounter any OCP problems during our test sessions, even when we overloaded the PSU with up to 1650 W.