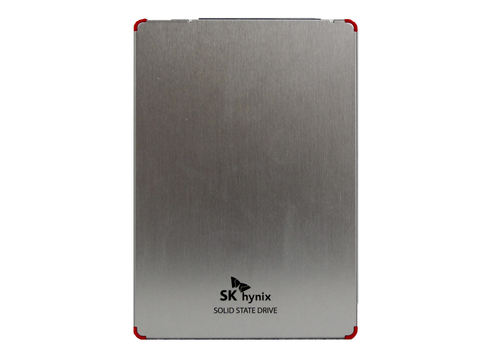 Samsung's 850 EVO is the current market leader, priced between most entry-level and mainstream products. The company recently released its 750 EVO 500GB and transitioned the entire product family from OEM and system integrator to retail. In the coming months, we will add the 750 EVO to our entry-level SSD charts and remove the 850 EVO.

All of the drives on the chart read sequential data well. TLC memory facilitates similar performance as MLC when it's caged by the SATA 6Gb/s interface's ceiling. Really, processor architecture and firmware contribute more to this specific workload.

The SL308 ranks third on our list in large-block sequential reads. It's fast enough to satisfy gamers, casual PC users, and even some enthusiasts.

The SL308 acts more like Samsung's 850 EVO when it's writing data sequentially than the SSDs sporting Toshiba and Micron TLC NAND. It takes a tougher task to push the drive down to the native speed of its TLC flash. We can see that SK hynix implements a highly capable emulated SLC buffer algorithm, just like Samsung. In short, when you install games or transfer large files, the SL308 won't slow down as soon as some other TLC-based SSDs.

The SL308 follows closely behind the 850 EVO 500GB in small-block random reads at a queue depth of one. It scales well from there, and mimics Samsung's 850 EVO all the way to QD4, which is typical of the most demanding desktop workloads.

The SL308 SSD outperforms everything except Samsung's contender in small-block random writes. It has a more difficult time scaling up to high IOPS at low queue depths, but finishes the test strong.

SK hynix put together one of, if not the best planar TLC flash-based SSDs available according to our synthetic corner-case workloads. Let's see if the same holds true in our mixed benchmarks.

The SK hynix SL308 performs well in the four-corner tests, but falls flat in the two mixed-workload metrics. These sequential numbers with 128KB blocks are similar to what we were getting from SSDs a few years ago. After we started focusing on real-world application and mixed-workload performance, companies started tuning their firmware for these more realistic blends. Fast-forward to 2016, and even Intel talks about the importance of mixed workloads (Intel SSD 540s Product Brief).

The results of our two mixed-workload tests lead us to believe that SK hynix has not optimized this controller yet for these hybrid blends. Clearly, the SL308 delivers Samsung-like performance in many of our corner cases. But if the drive were tuned for mixed workloads, it'd only be slightly behind Samsung's 850 EVO here, too. SK hynix could address mixed-workload performance in a future firmware update. A stronger focus on 80/20 and 70/30 performance could yield a better end-user experience.

The sequential steady-state test with mixed workloads highlights two points we've already touched on. The first is low 70/30 and 80/20 mixed-workload performance. The second is how fast SK hynix 16nm planar TLC flash can be during data writes.

With the exception of the 850 EVO's random 4KB steady-state results, SK hynix delivers higher and more consistent performance than the other products on our chart. The SL308 takes longer to degrade, which we see from the early and latter parts of the second chart. The fact that it behaves so well for so long demonstrates good flash management in this worst-case workload.