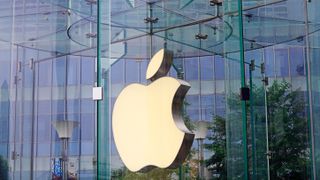 According to Apple’s complaint, which was filed in the Santa Clara Superior Court in California, Williams broke his employment agreement when he created his own enterprise. Primarily, Apple accused Williams of hiding the fact that Williams was preparing to launch his own startup while he was still working on the design of new Apple chips.

More than that, Apple’s filing also accused Williams of taking the knowledge he acquired about Apple chips while working for the company to develop data center processors and then lure Apple into acquiring his company in the future:

The latter accusation is something only the courts can clarify, but it’s important to note that only a few years back, some of the largest tech companies, including Apple and Google, ended up settling for about $100 million each for creating agreements that said they wouldn’t recruit each other’s employees. This type of agreement is illegal in California, as well as other states.

William published a counter argument, arguing mainly that Apple’s employment contract provisions are not enforceable under California law, because the contract language describes a no-compete clause, which again, is illegal in California.

Williams also accused Apple of illegally collecting SMS messages between himself and another Apple employee to prove that Williams was preparing to launch a start-up. Once again, Apple may be in violation of California privacy laws here. As such, the messages can’t be used as evidence, either.

Williams quit Apple in February, but he made his start-up public only last month. His new company, Nuvia Inc., gave few details about the features of the processors it was designing, or even its instruction set architecture. Most assume it could be an Arm-based chip, because he has experience overseeing Apple chips’ designs for more than a decade.

However, that’s not yet clear yet. Some of the recent processor design start-ups we’ve seen seem to focus more on adopting the RISC-V ISA, but Arm may still make a little more sense for data centers right now.

Arm server processors have had a hard time catching-up to x86 processors in the data center, or at least in convincing data center software developers as well as potential customers to support them. Even so, it’s much further along in the development of its own data center ecosystem than RISC-V currently is.

Several large semiconductor companies such as Qualcomm, Samsung, and Broadcom, as well as a few smaller companies, too, have tried and failed to enter the server processor market with Arm-based chips.

However, Nuvia, may succeed whether the former didn’t because of the minds working on this project. After all, they are the same minds that have consistently beat competition in the mobile chip market by a significant margin year after year with relentless performance and efficiency upgrades to each generation.