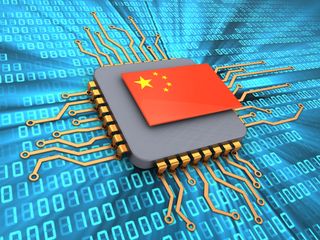 Semiconductor Manufacturing International Corporation (SMIC), China's largest foundry, has scheduled initial 7nm production for the fourth quarter of this year, according to kkj.cn and reported by CNTechPost. Density is more than doubled compared to 14nm, which started production late last year.

Dr. Liang Mengsong, co-CEO of SMIC, reportedly said that 7nm, as successor to its 14nm process, improves performance by 20% and reduces power consumption by 57%. It would reduce logic area by 63% and reduce SoC area by 55%, which suggests that density is more than twice that of its 14nm.

SMIC started 14nm production in late 2019, which is its first-generation FinFET process technology, according to CNTechPost, so this would imply that 7nm is following closely with (small-scale) production in the fourth quarter. This would be earlier than previously expected. SMIC is also developing a second, high-performance variant of its 7nm (N+1), called N+2. Both variants don’t use EUV.

To support its advanced process capacity, SMIC's capital spending is expected to reach $3.1 billion this year, compared to annual revenue of only around $3 billion.

As a trailing edge foundry, SMIC would still be behind leading foundry TSMC by almost three years, but this can be considered fairly respectable given the large costs involved with leading edge process nodes. TSMC started 7nm volume production in the first half of 2018 and will start production of 5nm in the first half of this year.