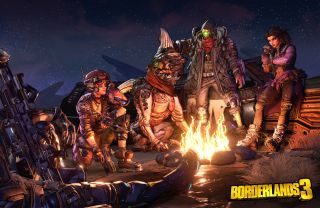 Nvidia might have to rebrand GeForce Now as GeForce Later, because the company said Friday that 2K Games asked to have its titles removed from the streaming platform, making it the latest addition to the list of publishers avoiding the service.

GeForce Now officially exited beta on February 4. Nvidia said it supported over 1,000 titles at launch, but it didn't take long for publishers to pull their games from the service. The following companies have had their titles removed from GeForce Now:

Nvidia has repeatedly said it's working with publishers to bring them back to GeForce Now. 2K Games was no different--an Nvidia employee said that the company is "working with 2K Games to re-enable their games in the future."

That doesn't help people who've already signed up for GeForce Now, however, or purchased games they can't actually play without the service. At this point it's hard not to wonder if that money will go to waste because of disputes with publishers.