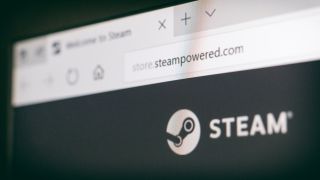 SteamDB today revealed that Steam had a record 20.3 million concurrent users--6.2 million of whom were actually playing a game via the platform--on Sunday morning.

The independent database operators said this all-time high was "likely due to many people staying at home due to the #coronavirus," which makes sense, given the ratio of Steam users who simply have the app running to the number of people in-game.

Roughly 6.2 million of those Steam users were actually playing a game. While it's possible the other 14.1 million were using the platform's other features, we suspect that most of them simply allow Steam to launch when they start their systems.

That should result in a direct relationship between the number of people using their PCs and the number of Steam users. Would it be surprising if people staying home because of the novel Coronavirus (COVID-19) pandemic were using their systems?

Not really. Nor is it surprising that more people than ever are playing Counter-Strike: Global Offensive, Tom Clancy's Rainbow Six Siege and other games. They finally have a socially acceptable reason to stay home and play games instead of mucking about.