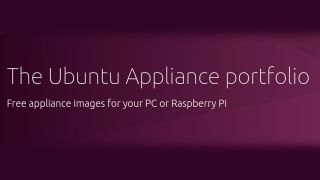 Today 6/16/2020, Ubuntu, the popular Linux distribution, launch their latest project, the Ubuntu Appliance. Ubuntu Appliance is an Ubuntu Core IoT based project with a single goal in mind,  to create secure and smart appliances using “Specialised appliance images that do one thing - beautifully. Transform a Raspberry Pi or PC into a production-grade IoT device, for free.”  - Ubuntu Appliance Press Release.

Appliance images are compatible with PCs and Raspberry Pi 2 upwards, but for the best experience it is advisable to stick with Raspberry Pi 3B+ and 4. Installing an appliance onto a Raspberry Pi is made possible using pre-built images which can be flashed to micro SD cards using tools such as Etcher or the Raspberry Pi Imager.

At launch there are five appliances, AdGuard ad blocking, openHAB home automation, PLEX media server, mosquitto MQTT server and Nextcloud a private cloud application. These appliances are all snap packages which run on Ubuntu Core 18 but will be updated to Ubuntu Core 20 later this year. Snap packages are secure isolated containers which contain the files necessary for that appliance. Ubuntu Core is itself a snap package and comes with a ten year support guarantee. Additional snap packages can be installed by the user for use in the appliance. Despite being launched with support for the Raspberry Pi, none of the five launch appliances are designed to use the Raspberry Pi Camera or GPIO, but we have confirmed with the Ubuntu Appliance team that these features can be added to future appliances.

If you would like to “Try before you Pi!” then you can test any of the appliances on a Windows, macOS, Linux machine using Multipass, a virtual machine (VM) creation and management system.

More details can be found on the launch website.