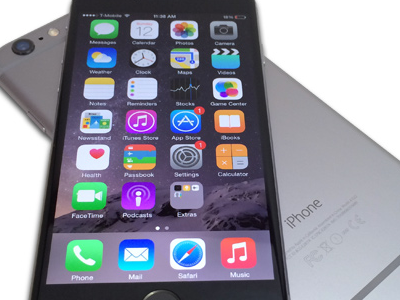 For many years, the iPhone represented the cutting edge in both smartphone design and technology. However, the pace of technological growth has inevitably slowed, making it increasingly difficult for Apple to push the envelope. This, along with a fiercely competitive market, is allowing Apple’s rivals to catch, and in some ways even surpass, the iPhone.

Where Apple continues to excel is design, materials and build quality. The rounded profile of the aluminum iPhone 6 and 6 Plus, with its cover glass that blends into the sides, looks modern and fresh. More importantly, it feels better in the hand. It feels solid without being excessively heavy, ergonomics are excellent and fit and finish are nearly perfect.

Residing inside this sleek new chassis is the A8 SoC. Moving to TSMC’s HKMG 20nm process allows Apple to increase both the CPU clock frequency and overall power efficiency. While the CPU retains the basic Cyclone architecture from the A7, optimizations to the memory controller, and possibly some other internal tweaks, combined with the frequency boost, give the A8 roughly a 10-20% advantage over the A7 in CPU-centric tasks.

The GPU in the A8 also sees an upgrade to the PowerVR GX6450, which is 15-65% faster than the PowerVR G6430 inside the A7 SoC in our benchmarks. The average gain is around 30%, a little less than the 50% Apple claims. Unfortunately, the GPU upgrade isn’t enough to compensate for the larger screens, resulting in a regression in on-screen performance in some cases, especially for the 6 Plus, compared to the iPhone 5s.

Sitting atop the A8 SoC, in a package-on-package (PoP) configuration, is 1GB of disappointment. While every other flagship phone ships with 2-3GB of RAM (and probably 4GB by mid-2015), Apple hasn’t upgraded RAM capacity in two years, even though memory pressure is steadily increasing. This cost-cutting measure increases virtual memory swap and slows down Web browsing and multitasking.

While the iPhone falls further behind its competitors in RAM capacity, it at least closes the gap in wireless performance and features. The iPhone 6 and 6 Plus add support for 802.11ac Wi-Fi and LTE Category 4, supporting up to 150Mb/s of bandwidth. There’s also support for VoLTE, which promises simultaneous voice and data over LTE.

All of these incremental improvements, including camera updates, longer battery life and Apple Pay, add up to make the new iPhones the best ever. But none of that really matters. If you've already decided to live within the Apple ecosystem, the new Retina HD Displays are the only reason to consider getting an iPhone 6 or 6 Plus.

After using both for several weeks, my old 5s now feels like a child’s toy. Yes, size does matter. The larger text is easier to read and reduces eyestrain. The larger keyboard makes typing faster and easier. And with more content on-screen, there’s less time spent scrolling and zooming.

The 4.7-inch iPhone 6 finds the right balance between size and mobility. It still comfortably fits in one hand and with a little bit of a stretch, I can still reach the whole screen. This phone was a joy to use.

I was really looking forward to trying out the 6 Plus, but the first few days only brought disappointment. Handling this beast just felt awkward and not being able to do everything one-handed was frustrating. After about five days, my opinion began to shift. By adjusting my grip, I found I can perform basic tasks like checking email with only one hand. Using two hands and the new landscape view creates new possibilities, like writing an article or working on a spreadsheet, things I wouldn’t even think about doing on the 5s or iPhone 6. The 5.5-inch iPhone 6 Plus is a boon for power users who can adapt to the larger size.

The iPhone isn’t the trendsetter it used to be. Neither the iPhone 6 or 6 Plus offers any new technology or feature we don’t already see in other devices, but oddly enough, this should make everyone happy.

>> See the Reader Ratings and Advice for the Apple iPhone 6

Prev Page Test Results: Battery And Throttling
25 Comments Comment from the forums
Be In the Know