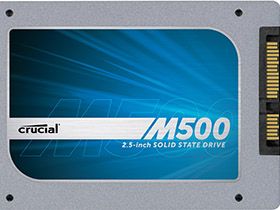 Idaho is mostly know for its delicious potatoes. Outside of agricultural circles, though, we tend to think of the state as Micron's cradle, and home to a world-wide behemoth in memory products. DRAM was where the company really got its start, and after a full acquisition of Elpida, it's basically the second-largest memory manufacturer, sandwiched between Samsung and Hynix. Of course, Micron happens to make non-volatile memory too. And these days, Micron and its consumer brand Crucial are all about the flash. When it formed IM Flash Technologies with Intel eight years ago, the sort of solid-state storage we have today was just a dream. Now, it's possible to get your hands on copious capacity thanks to advances in fabrication and SSD research.

Although Crucial got into the SSD game rather early, it only took off after launching the C300. That drive was announced almost four years ago, and was notable for being the first SATA 6Gb/s-capable SSD. It employed Marvell's then-flagship 9174 controller matched up to 32 nm Micron NAND. In 2011, the m4 became a worthy successor based on 64 Gb, 25 nm flash. Successive firmware updates turned the drive into an SSD that we were happy to recommend, especially as prices continued dropping last summer.

How do you follow something like that up? Tough question, right? Without a faster interface to exploit, any successor would still be constrained by a SATA 6Gb/s connection. Performance boosts could only be achieved in a few targeted areas, and pushing beyond the m4's 512 GB limit (economically, at least) required denser flash.

For the M500, the company needed to enhance, update, and improve on whatever it poured into that m4. It stuck to its guns and picked up Marvell's newest controller, the 88SS9187. Then, as 20 nm NAND started improving, transitioning to higher-density 128 Gb die helped achieve larger capacities using the same number of NAND devices.

But here's the awful truth: the main ingredient of solid-state storage is flash memory. If you possess the wherewithal to manufacture it yourself, you're in the best possible position to stay in the black. Once, the rising tide of SSD adoption lifted all boats. Now, the outlook is murkier, since there are so few NAND manufacturers. You have Samsung, Hynix, Flash Forward (Toshiba and SanDisk), and Micron (with Intel). Fortunately, the Crucial brand doesn't have to worry about its flash. With plenty of NAND experience, Micron sorted out its 20 nm flash and created a 960 GB drive with solid technical specifications and a price tag desktop enthusiasts would be able to afford.

That's great and all, but while the big M500 is generally pretty quick, it's not as speedy as the premium offerings from OCZ, Samsung, and SanDisk. The real reason you'd want a large M500 is its lower price and a pseudo-enterprise feature set.

Anyway, the M500 picks up where the m4 left off, and that was never really the fastest drive out there. It was more like the AK-47 of SSDs: practically indestructible and used the world over. Was the m4 perfect? No. But it was a yardstick of sorts, like Intel's X25-M back in the day. It just didn't make sense to keep the m4 around any longer since 25 nm Micron flash is going out of style quickly. As the entire industry shifts to smaller lithography, it's not practical or feasible to keep selling drives based on old stuff.

When Intel and Micron's 25 nm process came online, their flash was more expensive than the 3x nm NAND that preceded it. As yields improved, memory manufactured at 25 nm became much cheaper, fueling the dramatic price drops we've seen on solid-state storage. Shoot, a 256 GB m4 sold for $600 in early 2011. Two years later, they were going for 30% of their original price. Now, for the same $600, you can get an M500 with no less than 1024 GB of flash on-board. Not bad at all. Of course, joining the 1 TB model in Crucial's line-up are three other 2.5" SSDs:

Not only is the M500 selling at new capacity points compared to the m4, but it also gets a bevy of new features. For instance, there's thermal protection that steps in to restrict write speeds when the drive gets too hot. This helps with reliability. TCG Opal 2.0 encryption is a boon for data security. In addition, a new power loss protection system removes some issues of data corruption during a sudden power loss event. Lastly, the M500 gets data redundancy in the form of RAIN (Redundant Array of Independent NAND) should one part of a die fail.

In addition to a 2.5" SATA-equipped form factor, the M500 is also available in mSATA trim as well. And unlike the m4, next-gen M.2-based drives are on their way as well, paving the way for next-gen notebooks and possibly desktop systems.