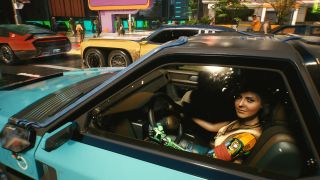 Cyberpunk 2077 may have slipped to November 19, but CD Projekt Red have gone full throttle on building a richer world across various media outlets. A Netflix series entitled Cyberpunk: Edgerunners is in the works, a supporting graphic novel series,  and a Cyberpunk 2077 themed gaming chair in which to enjoy it all.

Cyberpunk 2077 offers a fluid world where our choices control the flow of our story, including our character’s class. Be it a Netrunner, Techie or Solo we can move from one class to another, building a rich character with which to explore Night City.

Our choices also stretch to a “rampage” and if you have ever played Grand Theft Auto, then you will know all about this. A moment where we abandon the game's narrative, and cause chaos.

Speaking in a recent interview with PCGamesN, Cyberpunk 2077 level designer Max Pears has said “If you want to go out on a rampage and have no remorse, then you have got the option, and that’s fine with us.”

Peers later adds  “However, once you start to play the missions and see the amount of options you have,”  further adding “I think that will make players stop and think a little bit before doing something reckless.”

We are definitely looking forward to this game, and we have already chosen the parts for our recommended PC build ahead of the November 19 release.