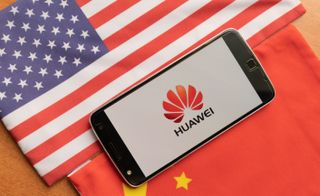 Some think success is the greatest revenge. If that's true, Huawei practically became vengeance personified this year, because the company reported a record-high revenue of $122 billion in 2019 despite U.S. government efforts to bring it down.

By now you've probably heard about the conflict between Huawei and the U.S. government enough times to recite it in your sleep. Just in case you haven't, though, here's a brief summary of the back-and-forth that's taken place in the last few years.

We've skipped over some of the relevant stories because there were simply too many to list comfortably. Suffice it to say those are the biggest ways in which the U.S. government sought to affect Huawei's business since the NDAA's signing last August.

Huawei faced similar challenges in other countries, too, as governments around the world publicly wondered if it would be safe to use the company's equipment to establish 5G wireless networks. The U.S. may have encouraged this questioning.

But the primary obstacle to Huawei's success was supposed to be its addition to the Entity List. American companies were forced to stop doing business with the company--or were at least supposed to be--and that could've hamstrung its activity.

Huawei defied expectations by posting the record high revenue (which, again, was $122 billion) despite all those obstacles as well as the ongoing trade war between the U.S. and China. Its growth was still slowed, according to chairman Eric Xu, and it's worried about 2020. This year, however, it persevered despite American efforts.