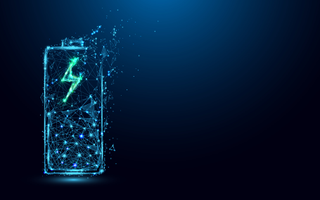 IBM announced last week that it has discovered a breakthrough new battery technology without heavy metals and with superior characteristics as lithium-ion batteries. Instead, the new battery is based on three new materials that can be extracted from sea water, leading to improved sustainability. IBM is partnering with other companies to commercialize the technology.

IBM in particular stresses the heavy metal-free nature of the new battery, improving the long-term sustainability of batteries. IBM Research’s Battery Lab instead has used three “new and different proprietary materials”, which it says have never before been combined in a battery. The company did not disclose the materials, but says they can be extracted from seawater to lay the groundwork for less invasive sourcing techniques than mining.

The active cathode does not feature cobalt and nickel and the battery uses a safe liquid electrolyte. According to IBM, the design suppresses the forming of lithium dendrites, which can cause short circuits if they connect the anode and cathode. This reduces the risk of flammability. IBM says these characteristics give its discovery potential for electric vehicles, electric aircraft and smart power grids.

IBM has provided few specific, technical details of the battery, though, making it difficult for outsiders to assess the technology. Researcher Young-hye Na, told IEEE Spectrum that the company had built prototype pouch battery cells in the lab "which give her group confidence that they could develop a commercial product for limited applications within one to two years." IBM's blog post also mentions the use of artificial intelligence:

"Moving forward, the team has also implemented an artificial intelligence (AI) technique called semantic enrichment to further improve battery performance by identifying safer and higher performance materials. Using machine learning techniques to give human researchers access to insights from millions of data points to inform their hypothesis and next steps, researchers can speed up the pace of innovation in this important field of study.”

The technology is in the early exploratory research stage according to IBM, but it wants to bring it in commercial development and is partnering with other companies to build a development ecosystem around the new battery. These include Mercedes-Benz R&D, Central Glass, an important battery electrolyte supplier, and Sidus, a battery manufacturer.