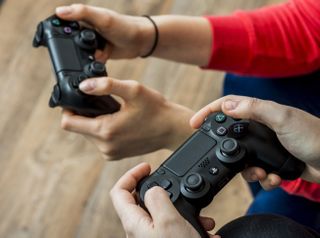 PlayStation owners might have to spend more than expected on the PlayStation 5. Bloomberg reported yesterday that it costs Sony about $450 to manufacture each unit of the next-gen console. The company may have to set the PS5's retail price at nearly $500 to make even a little bit of profit on each unit.

Bloomberg's sources attributed those steep manufacturing costs to a scarcity of components. That comes as a bit of a surprise, though, especially since the report claimed Sony's having the most trouble securing NAND and DRAM at reasonable prices. That's despite the memory market having oversupply issues for all of 2019.

Yet we already knew that NAND and DRAM prices were expected to rise in 2020. DRAMeXchange said in December 2019 that the introduction of the PS5 and Xbox Series X would lead to price increases for graphics DRAM this year. NAND prices are also predicted to rise in 2020, although that's for a greater variety of reasons.

Not that memory will be the only expensive part of the PS5. Bloomberg said the console's cooling system also costs more than usual "at a few dollars per unit" because Sony "opted to lavish more on making sure heat dissipation from the powerful chips housed inside the console isn't an issue."

The referenced chips include an AMD Ryzen processor as well as Navi graphics. Sony also equipped the PS5 with an SSD, too, which is a first for the company. Those improved specs will offer better performance than the PlayStation 4 Pro, which retails at $400.

Spending roughly $500 on the next-gen PlayStation would've seemed ludicrous a decade ago; now it only seems plausible because of the PS4 Pro's price. Owning the latest-and-greatest console is becoming ever more costly.