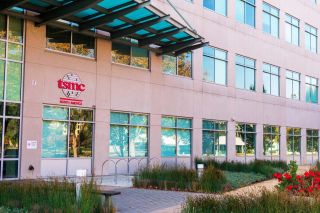 Bitcoin ASIC design houses Bitmain and Canaan will be among the first companies to adopt TSMC’s 5nm. Bitmain received its first 5nm chips back from the fab in December, while Canaan is expected to have 5nm chips in the first quarter of 2020.

In December, Bitmain reportedly got the first test-grade 5nm bitcoin mining samples from TSMC. 8BTC.com reported that Canaan will follow suit and will be equipped with 5nm chips in the first quarter of 2020. This would be a slight concession in time to market to Bitmain, since Canaan was the first with a 7nm test chip.

As this is likely the result of the chip’s tape-out though, this means it could take another six to twelve months until the chips are ready for volume production. It is believed that Apple will be one of the first companies to adopt TSMC’s 5nm process. TSMC is likely to prioritize production capacity to Apple, making the 5nm chips from Bitmain and Canaan more symbolic than practical, 8BTC notes.

Nevertheless, 5nm is expected to provide a meaningful improvement in performance, power and area compared to the 7nm process. Leveraging EUV, TSMC claims a 1.84x logic density increase and has stated its yield improvement is faster than any previous node. It will go into volume production in the first half of 2020.