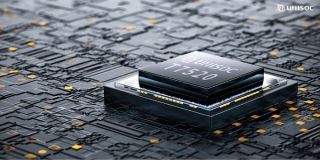 TSMC’s 6nm process is a design-compatible extension of its 7nm process with minor PPA (power, performance, area) improvements, most notably an 18% reduction in area, and leverages EUV. It will go into production this year.

Unisoc’s Tiger T7520 is its second-gen 5G SoC for mobile devices built on 6nm. As announced on a conference on Wednesday, it is the first 6nm chip. It features eight cores comprised of two quad-core clusters with Cortex-A76 and A55 cores that run at undisclosed clockspeeds. The GPU is a Mali G57.

It has integrated 5G capabilities and all features that can expected from a 5G chipset such as VoNR and more, at speeds of up to 3.25Gbps on standalone networks. Unisoc also claims it is the world’s first 5G modem to support coverage enhancement.

There is also a new NPU for AI, which it claims delivers a 50% improvement in power efficiency.

It also has high-end media capabilities with 120Hz, 4K resolutions, and HDR10+ support. The SoC’s ISP supports up to 100MP.