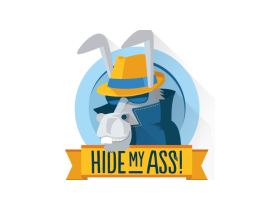 We asked readers who were VPN service customers to rate the services they have used. Those responses yielded a handful of top-notch providers, HMA! among them. HMA! received the second-highest number of reader responses at 45, but it finished in fourth place with an average rating of 4.07. That's a bit harsh, given the quality of that score but at some point we have to line 'em all up in order. You can read the verbatim reader comments and accompanying ratings at the bottom of this page.

Readers generally gave HMA! high marks for ease of use, customer service and -- a response we saw quite often -- the number of server locations. On the negative side, speed was the most often-cited knocks on HMA!. While some readers thought HMA! was easy, a small handful didn't; while some marked it down for its lack of speed, others thought the speed was more than adequate. There were a few comments about the cost of the service as well -- generally unfavorable comments. Below (at the bottom of the page) we've provided a smattering of representative responses, accompanied by reader ratings; we've tried to provide the responses that offer the greatest variety of experience, and also things that might be helpful before plunging ahead with HMA!.

Next Page Features And Specifications
8 Comments Comment from the forums