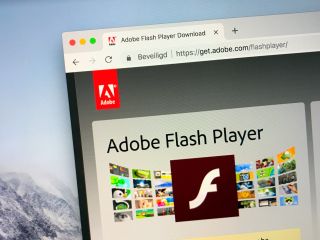 Adobe announced three years ago that the company planned to retire Adobe Flash on December 21, 2020. The plan still stands with Adobe making all the necessary preparations for the multimedia software platform's retirement.

During its lifetime, Adobe Flash had been an important part of website, application and game designs. However, it's way past its prime, and Adobe also acknowledges that there are now better alternatives out there, such as HTML5, WebGL or WebAssembly.

Adobe has committed to supporting Adobe Flash with bug fixes, new features and security patches until the end of the year. After that, the company will wheel it into the retirement home and pull all Flash Player download pages from its website. Artists, developers and businesses that didn't plan ahead and replace Flash content will ultimately be left with unusable websites.

You might be tempted to acquire Flash Player from a third-party provider, but Adobe advises against doing so since the company cannot guarantee the authenticity of unauthorized downloads of Flash Player. The best course of action is to just uninstall Flash Player before the EOL (end-of-life) date and move on with life. Adobe will also prompt its users to remove Flash Player from their systems later this year although the company didn't delve into specifics.

We're a little over six months from the end of an era. Let's take this time to appreciate and enjoy what is left of Adobe Flash.