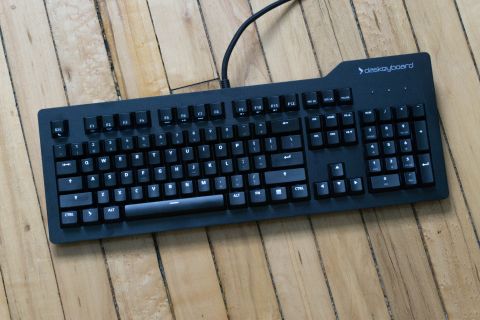 The Prime 13 feels solid, but it's held together with screws (that are all easily accessible); there are no breakable plastic clips holding things together. On the underside, there are 11 hex screws that hold the aluminum top panel in place. With that out of the way, there are 10 smaller Phillips screws that keep the switch plate and PCB mounted to the plastic bottom housing. All the screws came out smoothly with moderate force. There's just one easily removed pin header on the PCB toward the upper right that connects the board itself and the USB hub to the cable. With that unplugged, the internals come out.

The PCB and the switch plate can't be disassociated without desoldering all the switches, and Das went to the added effort of designing a plate that wraps around the edges of the PCB in places. Most switch plates are open on all sides, but this design adds to the solid feel of the Prime 13.