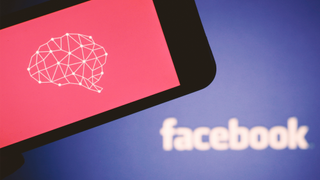 Earlier this year a Twitter user called @HindsightFiles started to leak documents from Cambridge Analytica, the company that used 87 million Facebook users’ data without permission to manipulate elections for its clients. The documents released so far have revealed information about manipulated elections in Malaysia, Kenya and Brazil, and The Guardian reported today that this is just the beginning.

The anonymous leaker was eventually revealed to be Brittany Kaiser, an ex-Cambridge Analytica employee turned whistleblower. The released documents were the same ones that were subpoenaed by Robert Mueller’s investigation. Over 100,000 documents are set to be released over the coming months revealing voter manipulation on an “industrial scale” in over 68 countries.

Kaiser also starred in the Oscar-shortlisted Netflix documentary "The Great Hack," and seems to have decided to go public with these documents after Britain’s election last month, worrying that something similar could happen in the U.S. She said:

“It’s so abundantly clear our electoral systems are wide open to abuse. I’m very fearful about what is going to happen in the US election later this year, and I think one of the few ways of protecting ourselves is to get as much information out there as possible.”

The documents came from Kaiser's own email account and hard drive, according to The Guardian's report, and they contain a breadth and depth of information that goes far beyond what most people already knew about Cambridge Analytica.

Christopher Steele, the first Cambridge Analytica whistleblower, also commented on the leak to The Guardian, saying that the authorities have largely failed to punish the bad actors involved with Cambridge Analytica’s voter manipulation. Because of this, he said, other shadowy organizations have been emboldened to interfere in elections and sow social divisions.

Some of the documents that haven’t been published yet reportedly contain information about Cambridge Analytica working for a political party in Ukraine in 2017, even as Mueller’s investigation was taking place. The firm had developed a network of shell companies that allowed political donors to funnel dark money into political campaigns in the U.S. , Britain, and other countries.

“There are emails between these major Trump donors discussing ways of obscuring the source of their donations through a series of different financial vehicles. These documents expose the entire dark money machinery behind US politics.”

Emma Briant, an academic at Bard College, New York, who specializes in investigating propaganda and has had access to the documents said that what has been revealed so far is just the tip of the iceberg.

The full release of the documents should give everyone a clearer picture of what happened in the 2016 U.S. elections, as well as what could happen in the 2020 election, too, as well as in other countries where various parties work with such shadowy organizations to manipulate voters.