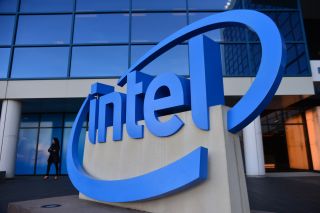 Semiconductor revenue declined by almost 12% in 2019, according to Garner’s analysis of the 2019 global semiconductor market, driven by the downturn in the memory market. This led Intel to reclaim the top spot as the world’s largest semiconductor vendor after losing the position for two years to Samsung.

Intel dethroning Samsung as the biggest semiconductor supplier was already predicted early last year, due to price cuts in DRAM and flash chips, which primarily impacted Samsung because Intel has a relatively small 3D NAND business and doesn’t participate in DRAM. Consequently, Intel reclaimed the throne in the first quarter of 2019, according to IC Insights.

Gartner on Tuesday published its preliminary semiconductor numbers for the full year 2019. According to the firm, worldwide semiconductor revenue totaled $418.3 billion in 2019. This was down 11.9% from 2018.

The drop was driven largely by a substantial 31.5% decline in the memory market. Within that segment, global DRAM revenue even decreased by 37.5% for the year with a 47.4% drop in average selling price (ASP). This was ascribed to an oversupply that started in late 2018 and has lasted throughout the year. The oversupply was caused by a fall in demand from cloud service providers and excessive inventory levels at DRAM vendors.

In the flash segment, revenue declined by 23% due to inflated inventory levels and sluggish demand. Gartner says that the market started stabilizing in July due to a power outage at a Kioxia and Western Digital fab.

Samsung, SK Hynix, and Micron (numbers two, three, and four on the list), all saw a revenue drop of around 30%, or more. Intel, meanwhile, reclaimed the top spot, although Gartner believes Intel's semiconductor revenue also declined, but by a much more manageable 0.7%.

Intel previously held the number one position in the semiconductor industry for 23 years from 1993 until 2016, but lost the position to Samsung when DRAM prices increased substantially in 2017.

The only company in the top 10 that saw growth was Kioxia (formerly Toshiba Memory) at 3.1%, and also the only other change in the top 10 as the company climbed from the twelfth spot.

The full top ten accounted for 55% market share of the global market. Optoelectronics was the only device category that saw growth, driven by an increase in cameras in smartphones.

For 2020, Garner expects the semiconductor market to return to growth.