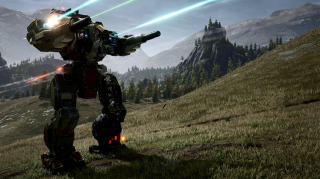 With any game release, it’s also time for Nvidia’s Game Ready drivers, and such is the case again today with release 441.66. This is a WHQL certified driver, and next to adding support for MechWarrior 5: Mercenaries, and Detroit: Become Human it also adds support for a pair of new G-Sync monitors.

MechWarrior 5: Mercenaries is a game that takes place in the year 3015, where the player goes through the campaign up until the year 3049, completing various missions along the way. Despite the rumors, it appears that the game doesn't have the Ray Tracing support it was expected to have.

Detroit: Become Human is a highly appraised title that came out for consoles back in 2018. Since, it has been ported for release on PC, scheduled to be available in two days on December 12th.

With regards to added G-Sync support, the monitor's added to the support list are the MSI MAG251RX and ViewSonic XG270. This brings the total list of supported G-Sync monitors to more than 60, according to Nvidia.

Game-Ready drivers aren't always essential to running a new game, but can be very helpful to avoid any preventable performance or stability issues, so if you are having issues, do be sure to check whether you're running the latest driver. That being said, it does still happen from time to time that new game launches come with their quibbles, though many of those are often sorted out in the early days.

To download the latest Nvidia driver, head here to the download page, enter your GPU specs, and double-check the version number before downloading.