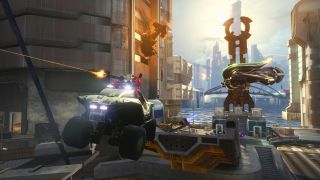 Halo: Reach will be the first of the remastered Halo Series games to come out when it debuts on December 3. As with any new game release, Nvidia is here to drop its Game-Ready graphics driver. This one is version 441.41 and WHQL-certified.

Nvidia also revealed some performance figures for Halo: Reach running on its RTX GPUs. If you’re sporting a RTX 2060 graphics, you should be able to run the game at 120 frames per second (fps) at 4K resolution, and an RTX 2080 Super should pump out a respectable 200 fps at 4K and the highest graphics settings – thankfully, we’re finally starting too see some good high refresh rate 4K gaming monitors.

To wrap up, Nvidia also announced that the Quake II RTX game has received an update to version 1.2. This is a major update that brings new graphical features and options, improves on existing ray tracing, along with improved textures.

Head here to download the latest Nvidia driver for your system.