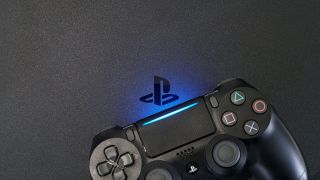 A Canadian retailer called Play 'N Trade Vancouver Island has made a Facebook post stating that they're taking pre-orders for the Playstation 5, with delivery in Q4 2020, as spotted by the folks on Reddit. The best part? Pricing is stated as $559 CAD, which translates to about $400 in USD.

However, don't just go and place an order -- there are a few issues with this one. For one, the Play 'N Trade  website doesn't have a product page that you can use to place the order, nor are there any technical details or an exact release date. Given that Sony also hasn't unveiled pricing yet, we would take this one with a grain of salt.

Some respondents have suggested that they are suspicious of the pre-orders. Sony has made no official announcements yet about price or release date. Play 'N Trade says it will take deposits between 50 and 100% of the asking price, but many big box stores like GameStop and Best Buy aren't taking pre-orders yet.

The $400 price point would be a surprisingly low figure. The Playstation 4 Pro launched at the same $399, and while it's not an unusual price point for consoles, given the upgrades that are coming in the next-generation, some analysts have suggested we'll see a higher price.

However, the Playstation 5 is also expected to be less powerful than the Xbox Series X, so perhaps Sony will be competing with aggressive pricing. Either way, do yourself a favor and don't go out placing a pre-order on the PS5, at least until before Sony unveils the official pricing and release date.