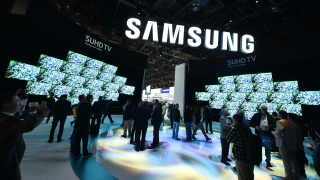 Samsung today published its earnings guidance for the fourth quarter of 2019, and even though it predicted a 34% year-over-year decline in its operating profits, there's reason to believe the company's problems are starting to resolve heading into 2020.

Those dour outlooks are no mystery. Samsung reported year-over-year declines in its operating profits between 50 and 60% for the first three financial quarters of 2019 due to sharp falls in demand for both the memory and smartphone markets.

That might change soon. Cape Investment & Securities' Park Sung-soon told Reuters that DRAM prices "already hit bottom while inventories have been holding at lower levels - a potentially encouraging sign to pull up DRAM prices in the second quarter."

A rebound in DRAM prices would make a big difference for Samsung's quarterly profits. The company's sales remained fairly steady throughout 2019, and if they continue to do so in 2020 despite recovering memory prices, its profits will rise.

There are other factors, of course, because Samsung is a massive company. Its performance depends on many sectors, from memory and smartphones to displays and appliances, so it can be difficult to predict how it will fare quarter-to-quarter.

Yet the new reality for Samsung is that even a 34% decline in operating profits can be seen as a win, because at least it's not a 50 or 60% drop like it was in previous quarters. Let's see how those profits continue to fare as we get further into 2020.