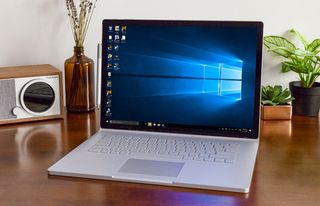 Microsoft has finally patched an issue that some Surface Book 2 users have been facing over the last few months in which the processor would throttle at 0.4 GHz.

The company has released firmware updates for that issue, as well as a problem in which the GPU disappeared from the device manager.

The full changelog is available here, and you can download the firmware here. The firmware updates are for Surface Book 2 with Windows 10 1803.

An additional firmware update has been released to improve battery stability.