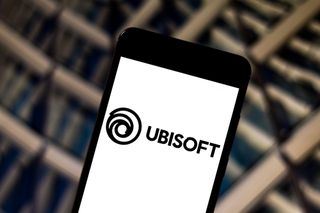 Lag spikes can ruin competitive matches. Sometimes those performance issues result from technical errors, but according to Ubisoft, sometimes they're caused by distributed-denial of service (DDoS) attacks that intentionally target certain games.

Polygon reported on Friday that the company filed a lawsuit against the operators of a site, SNG.ONE, that conducts these DDoS attacks for its members. There are multiple ways to sign up: a $30 monthly pass and a one-time charge of $300 for lifetime access to the server. (The server's lifetime, of course, not the user's.)

SNG.ONE reportedly conducts DDoS attacks on popular titles like Fortnite, Call of Duty: Modern Warfare and FIFA 20 for its members. Those attacks could potentially be used to gain a competitive advantage, depending on how well-targeted they are, or they could simply be used to disrupt the multiplayer aspects of these games.

The website also let people target Tom Clancy's Rainbow Six Siege, which is why Ubisoft got involved. The company said in September 2019 that it was taking steps to prevent DDoS attacks from affecting as many Siege players; in October 2019 it revealed that it had already reduced the frequency of those attacks by 93%.

Polygon said that SNG.ONE's operators taunted Ubisoft's efforts to combat DDoS attacks, then faked a takeover notification claiming that Ubisoft and Microsoft had gained control of the site in an effort to "get Ubisoft to admit that they have a problem," according to the lawsuit Ubisoft filed in a U.S. district court in California.

Ubisoft is reportedly asking the court to shut down SNG.ONE's websites and award it damages and fees to cover the costs associated with its DDoS attacks. That would likely include the direct costs--including equipment fees and work hours--as well as damage to Siege's reputation that resulted from DDoS-related performance issues.