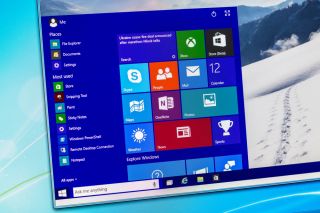 Twitter user Nori has managed to get the 32-bit version of Windows 10 running on 192MB of RAM, less than a quarter of the 1GB minimum Microsoft recommends for the operating system.

Yesterday, 16-year-old Twitter user @0xN0ri (Nori for short) posted a thread where they continually tried to run the 32-bit version of Windows 10 on smaller and smaller amounts of RAM, using the operating system’s 1909 November update as a base and running it on Oracle VM Virtualbox off what they told Tom's Hardware was a Dell Inspiron 3670 running Arch Linux.

Starting at 512MB, they repeatedly succeeded in lowering the RAM needed to run the OS, first cutting it down to 256MB, then again to 192MB at another user’s request. Windows booted up under all three arrangements, but finally blue screened at 128MB.

The lowest RAM Nori could get a response from was 140MB, which allowed the operating system to boot, but not to run the UI for logging in.

Windows 10 can boot on a bare minimum of 140MB RAM but LoginUI.exe won't start pic.twitter.com/KNymGWzUCbApril 2, 2020

It’s an impressively low-spec achievement, coming close to Windows XP’s recommended RAM of 128MB all the way from 2001.

When we reached out to Nori for details, they told us that the CPU for the project was an Intel Core i5-8400 with one core dedicated to the virtual machine, and that the version of Windows they chose to experiment on was Windows 10 Pro x86. They didn’t disable any services or make any changes to install it, and the page file was 2.8GB large.

“It took around three minutes to boot up to the desktop and it’s unusable with the virtual machine file stored on my 7200RPM hard drive,” they explained to us. “I was only able to get task manager, cmd, and file explorer open on 192MB RAM and the performance was very bad with 15MB free.”

So why go through all the trouble? It’s a fun experiment.

For more projects from Nori, check out their Github about page, where they talk more in-depth about their passion for booting different operating systems on embedded devices and under strange conditions.