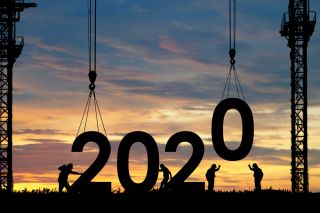 People were convinced that computers would stop working in 2000. The so-called Y2K bug was expected to result in massive problems for communication, financial and other systems around the world. That didn't happen--most of the technical problems caused by the new millennium were minor. Now it seems that similar issues are occurring two decades later in systems that weren't prepared for 2020.

The New York Times reported that New York parking meters started to refuse card payments on January 1. It turns out that's because Parkeon, the company that operates those meters in New York and other American cities, didn't update "an anti-fraud security setting." Now the city's manually updating its 14,000 parking meters, which still accept payments made with coins or via the ParkNYC mobile app.

That means paying to park at one of the roughly 85,000 parking spaces in one of the busiest cities in the world became a lot harder on January 1 simply because of the inexorable march of time. (And, you know, Parkeon's negligence.) Not that New York's traffic cops are sympathetic to this problem--the NYT said the so-called meter maids were still writing tickets for unpaid parking spaces despite the payment issue.

A lot has changed since 2000. We've seen the dawn of smartphones, tablets and increasingly powerful PCs. Virtual reality is no longer just science fiction; nor is artificial intelligence. Movies, television shows and music are streamed over the internet with clarity that few could have imagined two decades ago. Yet we're still trying to figure out how to deal with something as seemingly simple as a new year.