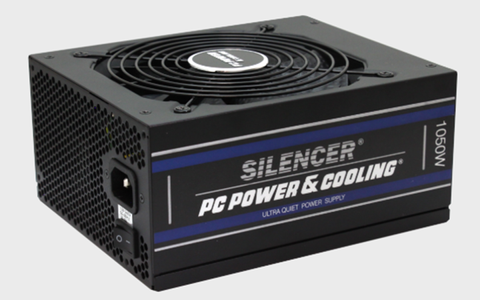 Despite the bulk caps' high capacity, this PSU's hold-up time is less than 17ms. Worse, the power-good signal is inaccurate.

The inrush current with 115V is normal, given this unit's capacity. However, with 230V input it's quite high.

The first set of tests reveals the stability of the voltage rails and the Silencer’s efficiency. The applied load equals (approximately) 10 to 110 percent of the PSU's maximum load in increments of 10 percentage points.

Load regulation on the +12V rail is tight, but it cannot compete with Seasonic's Prime models. When it comes to the 5V rail, the Silencer leads. It lands within 1% on the 3.3V rail. Lastly, the 5VSB rail maintains low deviations.

Strangely enough, the platform's peak efficiency is apparent with 20% load instead of the expected 40-50%. All 80 PLUS Platinum requirements are met though, even in the face of our very high ambient temperatures. Color us impressed!

Output noise remains low during the worst-case scenario (test number 11) in an almost 47°C ambient environment. Moreover, up until the 20% load test, PC Power & Cooling's fan does not spin. We are completely satisfied by the fan's speed profile. However, we would like to see the passive mode last a bit longer.

Finally, the APFC converter's performance is impressive. With 20% load the power factor is close to one.