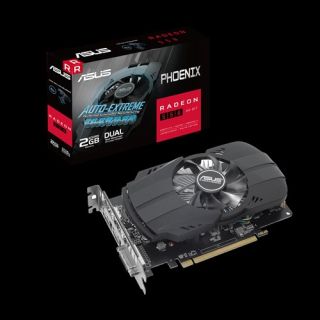 The Polaris architecture may be four years old, and also be two generations (Vega and Navi) behind the times but Asus have resurrected this product line with the Asus Phoenix Radeon 550 (PH-550-2G) which is based on the Polaris 12 GPU and comes with 2GB of GDDR5 RAM. The card is able to output to three screens at once via DVI, Displayport 1.4 and HDMI 2.0b which is capable of upto 4k at 60Hz but don’t expect to be gaming with this card, as it is based on an older architecture. This appears to be a budget card for compact builds.

Right now there are no indications on price but we hope that it falls around the price of a used RX550, otherwise this card may languish in the warehouse.