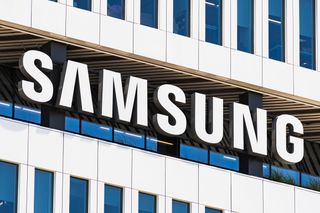 On December 31, 2019, Samsung’s Hwaseong plant in South Korea suffered a one-minute long power outage. It took three days to get the DRAM plant back into production. This gave way to a few rumors that the outage would lead to increased DRAM and NAND prices, though it appears that the event won’t have any significant effects on market prices going upwards, according to a report from DRAMeXchange.

At least, the report states that the event doesn’t have an impact on the supply side of the DRAM market. Demand does appear to be rising slightly, though, which should in turn lead to slightly higher DRAM contract prices between manufacturers. According to DRAMeXchange, the upturn in prices comes a little earlier than expected, though the figures show that it is only a very slight turn of events.

DRAMeXchange notes that DRAM prices, despite an upturn, won’t start skyrocketing over the first quarter of 2020, though. For some categories they will remain mostly consistent, with only server DRAM, DDR3 and DDR4 memory seeing an increase in prices between 0 and 5%. Graphics DRAM is expected to see the biggest price increase (between 5 and 10%) over the course of the next three months.

This means that if you’re in the market for an SSD such as a SATA SSD, M.2 NMVe SSD or any other form of flash storage, now is probably the time to buy. The same goes for DRAM, which you can find in DDR4 RAM but also on graphics cards.

Naturally, the rise in DRAM and NAND prices will also apply to electronics that integrate those memory products, such as pre-built PCs, laptops, tablets, phones and more. The DRAM or NAND is just a fraction of the cost in these devices, however, and the natural decline in prices that all electronics witness over time will almost certainly counter any increased DRAM costs. So there's no need to buy now.