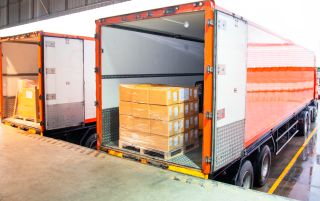 If you’ve been shopping for a new computer, PC component or peripheral lately, you may have noticed that some of the U.S.’s largest retailers -- Amazon, Best Buy and Walmart -- are out of stock or are advertising massive shipping delays. In some cases, particularly Amazon’s, the companies have decided to prioritize shipping essentials such as toilet paper over CPUs, laptops and monitors. However, there are a number of tech retailers we spoke to who have, despite the COVID-19 crisis, been able to keep up with one or two-day shipping on both finished systems and the parts you need to upgrade.

Among retailers we spoke with, Newegg, iBuyPower and Maingear all reported that they had plenty of stock and were shipping many products in one to two days.

“We’re able to fulfill orders as usual, even in the face of unprecedented circumstances surrounding the COVID-19 crisis,” Newegg global CEO Anthony Chow told us over email. “Fortunately, our supply chain is distributed and durable, which means we’re able to source the tech products customers are looking for, and ship them on time.”

Maingear gave us a similar response, stating “Our typical and current lead time is 1-2 business days for quick ship desktops and laptops, and an average of 7 days for custom systems. We have not experienced any delays with the outbreak.”

iBuyPower was more hesitant, telling us “We are not immune to the current situation, so we are definitely seeing shortages in parts sourced from Asia...We have extended our PC built estimates to 10 - 15 business days; normally at this time we would be closer to 5 days.” However, they did add a note of  positivity, telling us “RDY [iBuyPower’s name for pre-built systems] will still ship next day if in stock.”

Stocking Up in Tough Times

This leads us to the question of whether vendors can even get hardware to sell. Unfortunately, even as Newegg’s supply chain remains reportedly unaltered, parts manufacturers are facing a global shipping crisis. We’ve previously covered how the current lack of passenger flights is more than doubling the price of chartering air cargo transport, while marine shipments can delay arrival by up to two months. In the face of producers like Microsoft and Nvidia’s recovering factories, this presents a major challenge.

Chow didn’t go into detail about what exactly this means, but it could be as simple as allowing new hardware into the company’s warehouses as it becomes available, which the New York Times recently reported Amazon isn’t doing. As Newegg’s primary business is tech, that gives it an edge on more generalized competition, which has to navigate the differing needs of multiple industries at once.

“In terms of sourcing,” Chow told us, “we’re keeping a keen eye on customer sales data and product searches to ensure we can increase supply when necessary to meet the growing demand for certain product categories.” So it’s also likely that Newegg is currently working to stock the most popular items first.

iBuyPower and Maingear also mentioned to us that they hope to weather the crisis by relying on back stock.

“We do overforecast a number of parts in anticipation of Lunar New Year’s predictable shortage, and are able to shift production to building systems that do have available parts,” iBuyPower explained to us, hoping to repurpose prior expected stock shortages to help mitigate quarantine’s impact.

Maingear, on the other hand, told us that they took a more proactive approach. “After we saw what happened in China earlier in the year and we knew it could affect our supply chain, we did everything we could to ensure that we would have the inventory we needed to support our customers. We anticipated the demand, so we have plenty of stock of all the components for our systems...quick ship desktops and laptops ship in 1-2 business days and custom desktops are shipping in 7 days on average.”

As Newegg hinted at earlier, however, certain items are in more demand than others. And as an accessories seller as well as a marketplace for third-party vendors, Newegg has to contend with high demand and the price gouging that can come of it.

“We’ve seen a recent increase in searches for products such as webcams, laptops computers and other products suited to remote work,” Anthony Chow told us, giving us a hint at which items are the most contentious- not that we hadn’t already noticed.

We’re continually researching webcam listings during this time of work from home, and even as Newegg claims healthy sourcing, we’ve noticed most availability tends to come from third-party sellers. This shortage, of course, leads to gouging. For example, the Razer Kiyo, which normally goes for $99, is listed for a whopping $249 right now on Newegg while the Logitech C920, which normally costs around $60, is being sold for a minimum $134.

“Newegg is committed to fair pricing, especially during trying times like these,” Chow told us when we asked him about potential price gouging on the Newegg store. “When price gouging is apparent, we are quick to remove those listings in question, and in some cases we remove the offending seller from our marketplace.”

He also encouraged customers to email Newegg at fairpricing@service.newegg.com if they suspect an item is being scalped.

Plenty of Demand, Even in a Tough Economy

As boutique shops more concerned with PCs than accessories, Maingear and iBuyPower don’t have to contend with as many of these difficulties. However, they also pulled back the curtain for us on what demand looks like right now.

“We are currently experiencing a surge of orders, likely from folks needing a PC to work/game from home,” iBuyPower told us.

On a similar note, Maingear said “We have seen an increased demand, especially on laptops that allow our customers to work and play from anywhere.”

While this isn’t surprising, it does point to healthy attitudes in the tech market from consumers, as well as gives some insight on how to video-conference if you can’t find webcam. A laptop might be more expensive, but if you were in the market for one already, buying one with a built-in webcam is a trend right now, and one that companies are getting ready for.

This brings us to new products. Not everyone we spoke to is in the production game, but iBuyPower and Maingear both have custom-branded PCs that they take to shows and release alongside larger OEMs like ASUS and HP.

“Another large impact is on our planned product launches for Q2 of this year, basically everything we announced at CES was put on hold while China was on lockdown,” iBuyPower told us. “So we’re seeing a lot of things we planned on launching delayed to Q3 or later, which is unfortunate.”

Maingear, alternately, seems to be moving full steam ahead with its own releases, actually releasing its new RUSH gaming desktop the day after we contacted them. Larger competitors like Acer and Razer seem to be hitting a middle ground between these answers, announcing their next slate of products for later this May.

The situation remains unpredictable, however. iBuyPower closed our interview with them by reminding us that “Computex was also delayed, so it looks like everyone is going to be falling behind together.”

Chow stressed to us that Newegg’s top priority right now is the health and safety of their employees. He told us that most of the store’s staff are working from home right now, while those in the warehouses are being supplied with protective gear, hygiene education and increased janitorial service to “ensure customers’ orders are picked, packed, and shipped by healthy employees.”

iBuyPower mirrored these concerns, telling us that their at-risk employees are currently working from home, while their other employees are spacing out shifts to try to reduce human contact.

These are uncertain times, and we can’t be certain how long vendors will have to take these precautions. However, larger and more generalized stores like Amazon are already being hit with health concerns, with a New York fulfillment center recently shutting down due to an employee testing positive for coronavirus. Smaller or more specialized shops don’t have to concern themselves with the scale of larger e-commerce ventures, giving them an advantage when it comes to employee health and operations and helping them avoid situations like this.

As for customer health, while Chow’s words are encouraging, you shouldn’t really be concerned about infectious packages anytime soon.

We also reached out to Microcenter and Digital Storm for comment, but didn’t receive a response.

Still, the situation at Amazon, Best Buy, and Walmart is set to worsen as these generalized sellers run out of PC and PC parts stock and choose  focus on necessities rather than electronics. For both now and especially the near future, tech enthusiasts and home workers might have better luck on Newegg and more specialized boutique stores as they look to fuel their hobbies and home offices.