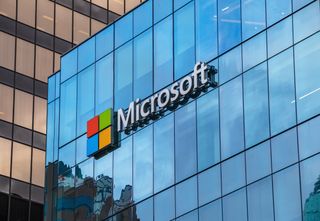 Microsoft and Nvidia both released statements today claiming recovery in their supply chains following Chinese efforts over the past few months to prevent the spread of coronavirus in the country and reopen factories. This follows recent announcements from both Intel and AMD reassuring customers of an adequate processor supply going forward, which could leave Apple, still impacted by reliance on non-Chinese suppliers, as the odd producer out as we enter spring 2020.

Speaking to CNBC earlier today about whether Microsoft could still hit its promised deadlines for the upcoming Xbox Series X as well as certain new Surface devices, Microsoft CEO Satya Nadella said, “The supply chains are all coming back. That is not our real issue. I think the bigger issue is what happens in Europe, the United States and other developed markets in the demand side going forward. But we feel good about where we are.”

Nadella did specify that “we’ll have to check back on it,” when talking about hitting specific launch deadlines, so it seems like delays could still be in the cards.

However, he again stressed that “on the supply side we are getting back on rails,” and cited Microsoft’s ability to meet work-from-home demand as proof before closing the topic, ending on customer safety as his top concern.

This mirrors statements from a fireside chat Nvidia held earlier this afternoon, where management reported that supply chains are due to recover 70 - 80% by the end of the quarter, with the majority of that recovery focused on personal computing. Chief Financial Officer Colette Kress also pointed to increased demand for laptops, especially in China, as a sign of market recovery, while pointing out that increased work-from-home demand has helped the company actually see profit in the laptop, mobile and virtual GPU, desktop, workstation and cloud platform sectors.

The World Economic Forum released a report yesterday seemingly backing up both company’s claims, citing China’s recent lack of new coronavirus cases and loosened quarantine restrictions as signs of potential OEM recovery.  According to the report, not only are most shops and restaurants reopening, but OEMs are also experimenting with chartered buses and planes to replenish their workforces, as well as exploring new labor options, like automation, and temporarily moving salaried staff to production lines usually reserved for hourly workers.

COVID-19 is expected to continue to hit the Western world hard through the next few months as states like New York and Michigan begin to enforce shelter-in-place rules. However, with the virus’ country of origin experiencing recovery in both supply and demand due to experiencing and consequently mitigating the virus first, hopefully the hardware industry doesn't have to wait that long to return to business as...mostly...usual.