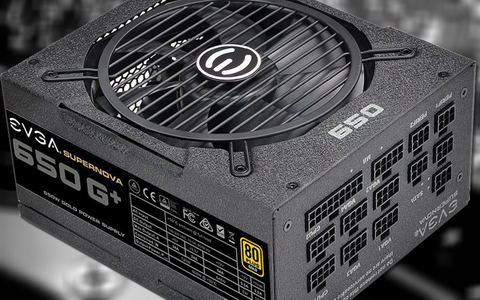 The hold-up time we measured was very long. However, the power-good signal was inaccurate and looked strange in our oscilloscope pictures. There's normally a clean drop in the signal, but that wasn't the case for EVGA's SuperNOVA 650 G1+.

Inrush current is low with both voltage inputs.

The first set of tests reveals the stability of the voltage rails and the 650 G1+’s efficiency. The applied load equals (approximately) 10 to 110 percent of the PSU's maximum load in increments of 10 percentage points.

Load regulation was fairly tight on every rail, and the 650 G1+ easily met the 80 PLUS Gold standard's requirements, even under increased operating temperatures.

Its fan profile was relaxed up through 90% of the PSU's maximum rated load. Only during the full load and overload tests did noise exceed 40 dB(A).

These tests also exposed a significant platform weakness: low PF readings that, even under full load, do not exceed 0.98. Most PSUs achieve >0.99 under the same conditions. Obviously, this PSU's APFC circuit needs tuning in order to perform optimally.