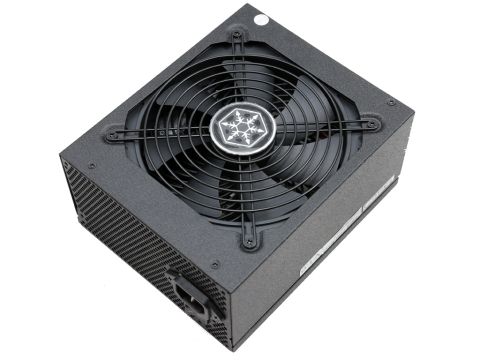 To generate the following charts, we set our loaders to auto mode through our custom-made software before trying more than 25,000 possible load combinations with the +12V, 5V and 3.3V rails. The load regulation deviations in each of the charts below were calculated by taking the nominal values of the rails (12V, 5V and 3.3V) as point zero. The ambient temperature was between at 28°C (82.4°F) to 30°C (86°F).

The sweet efficiency spot is between 320W and 630W, with the minor rails staying below a combined 55W load. If you want notably higher efficiency in this capacity category, consider investing in a pricier Titanium-class unit.

As you can see, between 28-30°C ambient the PSU's ripple suppression is fine. The problems start with increased ambient temperatures though, so we decided to run an extra set of these tests to show how the PSU behaves in a 10°C-warmer environment.

As you can see, the +12V and 3.3V rails are most affected by the temperature change (the latter rail isn't able to keep its ripple suppression in-spec under higher load levels). A high-end PSU normally wouldn't be affected by increased ambient temperatures, and in this case we're even under the 40°C max operating limit for continuous full-power delivery.

Thanks to a strong fan and aggressive fan profile, temperatures inside the PSU remain low, even under stressful conditions. The consequence is a lot of noise, though.

Prev Page Protection Features, Evaluated Next Page Transient Response Tests
3 Comments Comment from the forums
Be In the Know