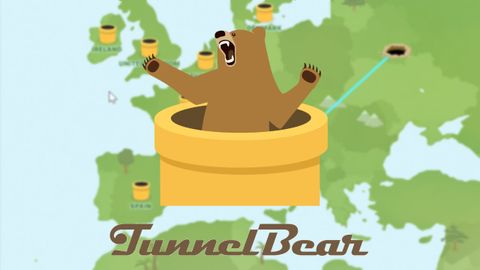 TunnelBear is a user-friendly VPN that is somewhat limited in terms of pricing, supported devices and unblocking geo-restricted services. But if your primary focus is privacy, you won’t be disappointed.

TunnelBear is a VPN provider based in Toronto, Canada and owned by cybersecurity giant McAfee, which acquired it in March 2018. The provider was established over seven years ago and has over 25 million users worldwide.

The VPN employs all the classic industry mechanisms aimed at protecting its users anonymity, in addition to proving its qualities through independent audits. But streamers and those with a lot of devices should look elsewhere.

TunnelBear has a very limited free account that allows only 500MB of Internet traffic per month. For comparison, consider that Windscribe’s free plan offers 10GB.

*Free and Build A Plan (Windscribe only) options not shown

For payment, the provider accepts three major credit cards (MasterCard, Visa and American Express) and Bitcoin, although the latter is only accepted for the 1-year plan.

If you are not satisfied with the service for any reason, you can claim a refund within 30 days of your initial purchase. There’s no free trial for the paid version.

TunnelBear has servers in about 20 locations around the world.

Clients are available for Windows, Mac, iOS and Android, in addition to limited support and instructions for Linux. That’s as far as device support goes. The service cannot be installed on any routers, e-readers, Windows mobile devices, gaming consoles, smart TVs or Raspberry Pi. Chrome, Firefox, and Opera web browsers, however, can be secured with TunnelBear browser extensions.

All of TunnelBear’s servers are P2P-friendly, meaning you can share large files via torrenting clients without any limitations. However, some servers are better suited for such purposes than others, which is something the TunnelBear can help with.

This VPN service allows you to connect up to 5 devices at the same time. Most other VPN platforms can be enabled on certain routers, which then act as only one device and therefore enable unlimited connections. This is not the case with TunnelBear.

Support for any aspect of the service is available on the website’s help section, where you can find articles that cover the basics, troubleshooting, announcements and more, albeit with somewhat modest content. If you still have unresolved issues, you can contact customer service for assistance. They cannot be reached via live chat, but there’s an option that lets you to describe your issue, upload a screenshot and leave your email address. Someone from the team will respond via email.

This VPN vendor offers security that’s as strong as a bear, thanks to the OpenVPN and IKEv2 protocols used randomly in Windows and Mac clients. If you’re connected via the OpenVPN transfer protocol, you can choose whether you want a TCP or UDP connection.

It doesn’t have plenty of features, save for the standard kill switch and an Android-only split tunneling feature. The kill switch, called VigilantBear, shuts down all the Internet traffic on your device in the event of a sudden VPN connection termination, protecting your data from becoming exposed. Split tunneling, dubbed SplitBear, allows you to select which apps you want to run on the VPN and which you want to leave on the regular connection.

There’s also the optional GhostBear feature, which makes your VPN traffic less detectable on your network.

TunnelBear does not collect, store, or log any of sensitive data -- like IP addresses, DNS queries  or any information about the applications, services, or websites its users use -- while connected to the VPN. The company also doesn’t disclose any personal data to other commercial parties under any circumstance.

If words aren’t enough to prove to you that security is a top priority, TunnelBear is also among the first in the VPN industry to regularly publish independent audits.

We didn’t experience any significant delays in connection times, and the connection itself was stable and reliable. Download speeds occasionally suffered from some latency, depending on the server location; although this is expected.

It doesn’t unblock the popular streaming services but supports unlimited torrenting, and regular torrenters will appreciate the solid performance. Another positive is that the company publishes regular independent audits.

TunnelBear offers basic VPN capabilities that are sufficient for those who don’t care about streaming or connecting more than 5 devices and are more interested in keeping their online activities private.