Skip to main content
Sponsored
Tom's Hardware is supported by its audience. When you purchase through links on our site, we may earn an affiliate commission. Learn more 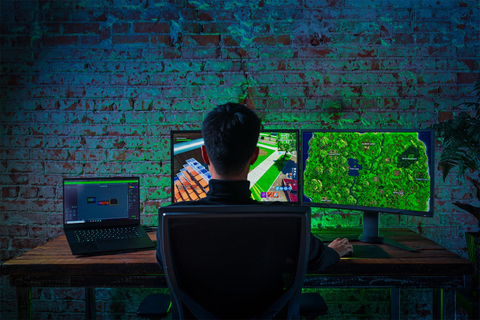 Maybe your kid has asked for a $5000 PC and says all her friends have the same model. Perhaps your off-to-college teen says gaming laptops are actually great for schoolwork! Or maybe you’ve decided to put aside your Macbook and become a “serious” gamer now you can finally afford it.

Whatever the case, you’ll go to tech blogs and find their Best Gaming Laptops lists, but without a background in PC gaming, you’re likely not to be familiar with what specs truly matter to you. Do you need a 4K display? Is 64GB of RAM necessary or extravagant? We’ll help you answer those questions.

Here are the basic points you should consider before buying a hardcore laptop or PC for the serious gamer in your life.

Before researching the best gaming machines around, first figure out what your gamer will need in terms of non-gaming activities. Do they need a laptop for work or school? Does that laptop need to have a strong battery life, or the ability to perform complex tasks? Or would they be fine with a simple word processor on the go?

The problem with buying a powerful gaming PC is that your gamer will likely still need (or want) a secondary laptop for daily life—and PCs are plenty expensive without adding a laptop to the mix. They’ll need to be aware that the gift of a gaming PC means that the best they’re likely to get laptop-wise is an affordably-priced Chromebook, if anything.

Gaming laptops, on the other hand, offer more versatile use, letting you game at home and use powerful productivity apps on the go. However, they come with its own drawbacks. They often weigh anywhere between four and ten pounds, making them tougher to lug around than most laptops; they tend to have poor battery life compared to average laptops, to the point that you’ll usually need to find an outlet; and they’ll almost never reach the graphical power of a desktop. They’re also usually more difficult to upgrade than a PC, so they’re quicker to become obsolete.

While many “serious” gamers choose PCs for this reason, there are laptops that solve these problems if you know where to look. Some models are designed with portability in mind, with decent battery life and a lighter frame to go with respectable graphics. A perfect example is the Razer Blade Stealth 13, one of the only gaming-centric laptops to fall under 3 pounds; while most gaming laptops weigh down your bag and run hot and loud, the Stealth 13 was designed to blend in with non-gaming laptops, offering a great solution for gaming in tight areas like a college campus or airplane.

On the other end of the spectrum, you have “desktop-replacement” laptops: behemoth-sized platforms that, while technically “mobile”, are designed to pack as much power as possible at the expense of weight, battery life and loud fans to keep the components cool. Devices like the Alienware 51-m, ASUS ROG Mothership and Origin PC Eon-17X come with extravagant price tags and thick, back-breaking bodies, but with graphics to run new games for years to come. They even buck the trend of most laptops by allowing you to remove and add new components, in case you decide to become a hardcore PC builder as well as gamer.

Finally, you have “mobile workstations”. These are similar to desktop replacements, but these devices connote more of a focus on productivity beyond gaming. For example, the Razer Blade Studio comes with a processor and graphics more powerful than most gaming laptops, because it’s designed for pros using video editors or AI-based programming. This makes it more than capable of serving in a gaming and professional environment, if you want to make sure it fits all of your gamer’s needs.

Whichever type of machine you pick, you’ll go to their product pages and find info on its CPU, GPU, RAM, SSD, display Hz and resolution, overclocking and so on. All of these specifications will determine just how enjoyable you gamer’s experience will be once they unbox it; but some are more important than others. Here’s some information to help you decide which PCs or laptops you should buy, upgrade or skip.

Still, not all dedicated graphics cards are created equal. Look at Tom’s Hardware’s best graphics cards for gaming, and you’ll solely find cards designed for gaming PCs at the top. Most laptops, with the exception of desktop-replacement laptops, have graphics cards designed specifically for mobile frames that don’t run too hot, but can’t be upgraded or overclocked—a term for taking a processor beyond its factory-safe settings for improved performance.

Accept that downside, and you’ll still find laptop GPUs with more than enough power for serious gaming. Most of this site’s top-rated laptops use a dedicated Nvidia GeForce RTX 20 series card, which will typically guarantee reliable graphical performance. But you’re more likely to get better performance the higher you go with the model number: the 2080, for example, will easily outperform the 2060, just at a higher price.

If you can’t accept that downside, and want graphics you can pick yourself or upgrade down the line, you should definitely go with a gaming PC. Just keep in mind that upgrading a PC can be difficult and may void your warranty; so if something breaks, you’re on the hook for any repair costs (or buying a new model).

Don’t skimp on the CPU or RAM

Both your GPU and CPU (computer processing unit) will have a certain clockspeed measured in GHz. The higher the hertz, the faster the processor completes a cycle, or “clock”, of activity. Your GPU offers the raw power necessary to power your game’s visuals and performance, which is why you should prioritize its power.

Meanwhile, memory, or RAM, determines how much data can be transferred to your display for every clock; without good memory, your GPU can’t properly update its frame buffer and textures for a high frames-per-second (fps) value. In other words, your gaming world may look beautiful but nauseatingly choppy if it can’t send graphical info to the screen fast enough. At minimum, most high-performing laptops have 16GB of memory with DDR4 (a memory standard determining how much data transfers per clock).

Behind those important values, the CPU usually doesn’t affect gaming performance as much as its fellow components. With more cores, or more powerful cores, your computer can handle heavy-duty applications like the Adobe Creative Suite—making the CPU important if you plan on using this laptop for work as well as play. But most games are designed to rely primarily on the GPU, so with a weaker CPU, you’ll get a drop in frame rate but performance will otherwise stay reliable.

Keep in mind that we did say “most”. Some games actually rely on the CPU just as much as the GPU for performance, meaning that if you focus solely on graphics you’re due to run into some games that frustratingly run poorly compared to others, for no apparent reason.

Most of this site’s best laptops, again, run on one type of processor (Intel). Logically, when choosing between the i5, i7 or i9, consider the higher numbers for more core power, if you decide that it’s worth the higher cost.

When it comes to gaming performance, you may think that a higher resolution would be an important focus. You’re paying for a powerful machine, so you should get a screen as beautiful as your 4K TV, right?

In truth, many gamers would strongly recommend you stick with a standard 1080p display, and focus instead on the refresh rate. 4K laptops like the Razer Blade Studio give you a perfect display for work, with a 100% DCI-P3 display for perfect color fidelity when editing photos or videos; but they also max out at 60Hz, because going beyond that for so many pixels is essentially impossible.

That’s why, for its more gaming-centric Blade 15 Advanced Model, it stuck with FHD but compensated with a display capable of 240Hz: the perfect level for gamers that can’t tolerate any dropped frames while playing fast-paced shooters online. The more common maximum for displays is 144Hz, more than double that of 4K displays and arguably high enough for most gamers. Anything lower than that, and your gamer may be disappointed.

Save storage costs for later

So far, we’ve essentially instructed that pro gamers look for a powerful CPU and GPU, a robust memory, and a fast-refreshing display. That level of quality isn’t cheap, and you may be looking for an area to cut costs.

If necessary, you can stick with a lower SSD (storage) for your laptop, such as 256GB. This isn’t ideal: most modern games can be upwards of 50GB, meaning you’ll quickly run out of room if you don’t regularly curate your games list. Still, this is the one area you can sometimes improve on after the fact. You can buy an external hard drive with a fast transfer speed once you’ve saved up more money, so you can keep terabytes of games off of your device’s teensy drive and save room for core applications and your favorite titles.

If you can afford it, a larger built-in storage drive is always preferable. You’ll often find that desktop-replacement laptops comes with the most built-in storage space, which is only fair since you’re paying a premium already.