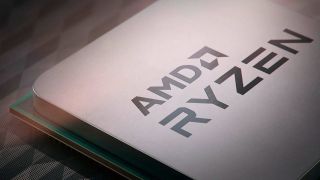 If you've been keeping track of AMD's AGESA versions, things are apparently about to get a lot more confusing. The latest version we know of is ComboAM4 1.0.0.5, but it looks like the version succeeding will be on the B550 platform and called ComboAM4 v2 1.0.0.0, according to a report on HardwareLuxx.

If you look close, you can see the v2 denotation in the name, followed by a reset of the counter. The AGESA version counting reset might have a purpose, but we we're not sure what that may be.

AGESAs are part of the microcode in your motherboard's BIOS -- the bit that comes from AMD and decides which CPUs are supported and which features work. They also offer stability and performance fixes from time to time.

B550 is still on the AM4 socket, and there has been some drama surrounding the support this chipset and older chipsets will have for past or future CPUs.

Perhaps resetting the counter is the easiest way for AMD to communicate which version users should have installed for the right CPU support; v1 or v2 is easier to communicate than a four-digit number with three dots. The nomenclature change could also simply be platform-dependent, starting at v2 1.0.0.0 on B550 but continuing on to 1.0.0.6 on X570.

AMD B550 motherboards, which should come with the new AGESA, are expected to land in June. User Reous on HardwareLuxx showed that MSI's MAG B550 Tomahawk will come with ComboAM4 v2 1.0.0.0, and the Gigabyte B550 Aorus Master  with ComboAM4v2 1.0.0.1

Confused? At the end of the day, it doesn't really matter what the next AGESA is called as long as your vendor of your best motherboard pushes it through. Just be sure to refer to supported information to make sure you're installing the right AGESA for your CPU.