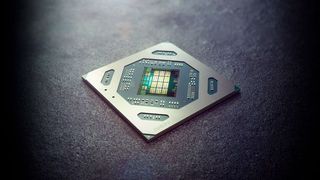 AMD CEO Lisa Su dropped an interesting announcement during the company's earnings conference last night: AMD will soon release its next-gen RDNA architecture. However, due to a somewhat nebulous statement and different interpretations of Su's comments, multiple reports have emerged that AMD will release both a Navi refresh and a new lineup of graphics cards based on the next-gen RDNA architecture.

Here's the quote, as transcribed by Tom's Hardware from the recording of the earnings call:

"In 2019, we launched our new architecture in GPUs, it’s the RDNA architecture, and that was the Navi-based products. You should expect those will be refreshed in 2020 and we'll have our next-generation RDNA architecture that will be part of our 2020 lineup." - Lisa Su.

Due to reports of both Navi refresh cards and a new lineup of cards based on next-gen RDNA, we followed up with AMD's communications team.

AMD responded that it would introduce new GPUs with the next-gen RDNA architecture this year, which makes sense given recent statements that the company will compete in the high end of the graphics market.

As to Su's reference to a Navi refresh, we're told she was speaking in terms of new additions to the product stack, and not stating that refreshed Navi cards would come with the next-gen RDNA architecture.

To the tech community, the term "refresh" refers to a small iterative update to an existing lineup, much like the transition from Zen with the first-gen Ryzen products to Zen+ with the second-gen Ryzen processors. By that definition, AMD's "refresh" would mean new iterative updates to the RX 5700, RX 5600, and RX 5500 cards, like a step up to an RX 5750 model with the 7nm+ process, for instance.

To the investment community, "refresh" has a somewhat different meaning that typically refers to completely new products.

In the context of Su's statement, it doesn't appear that she was referencing a "refreshed" lineup of Navi cards analogous to the tech community's typical understanding of the term. Instead, we will see new products based on the next-gen RDNA architecture come to market, ostensibly to address the high end of the GPU market (Big Navi).

Aside from the small statement during the call, Su didn't share any details about the new graphics cards but said the company would announce more details at its Investor Day on March 5, 2020. Su also said we could expect new data center GPUs in the second half of 2020, too.